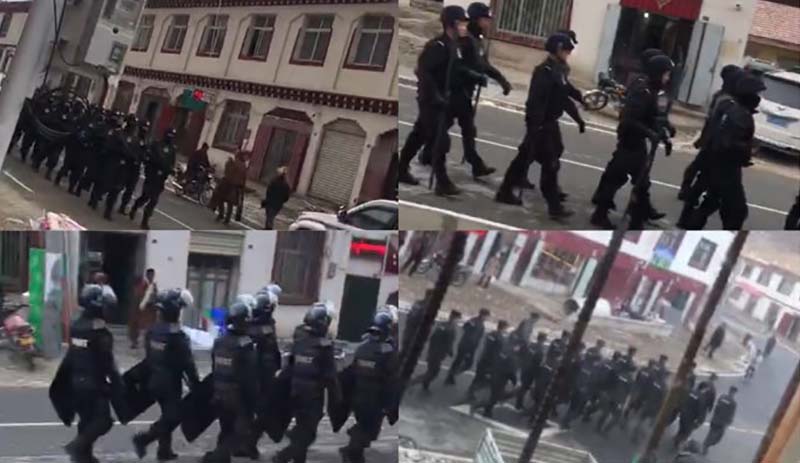 According to a reliable source, a large number of Chinese troops arrived at Wonpo village in the morning and evening of August 22, 2021. Afterward, Chinese authorities detained 19 Tibetan monks from Wonpo Monastery and 40 ordinary people from Wonpo village for possessing pictures of His Holiness the Dalai Lama, the spiritual leader of Tibet.

"This activity dates back to March 2021, when a large number of Chinese troops arrived at Wonpo village and monastery, raided the homes in the villages and rooms of monks in the Monastery. Those who kept photos of His Holiness the Dalai Lama were recorded and they were detained this time," the Tibetan man told TPI, citing sources in the area.

“There are five to six communities in the Wonpo villages of lower Dzachukha township in Sershul County, and the Chinese authorities will search everyone’s homes in the Villages to check whether they have photos of His Holiness the Dalai Lama in the homes and whether they are in contact with Tibetans outside of Tibet,”  the source added.

The order banning the photographs of His Holiness the Dalai Lama is an attack on displays of religious belief and goes further than the current campaign against the Dalai Lama, since Tibetan homes are being forced to replace portraits of the Dalai Lama with those of communist leaders of China in order to continue receiving government aid, as authorities clamp down on efforts to assimilate minorities.

Hundreds of Tibetans were arbitrarily detained, unjustly jailed and mistreated in Chinese prisons because Chinese authorities found portraits of the Dalai Lama or books by the Dalai Lama in their monasteries or homes. There is still an ongoing campaign across Tibet involving a month-long training session that Tibetan Buddhism should abide with Xi Jinping’s sinicization of Buddhism.

The widespread campaign began years across Tibet including Sershul County, Dzachuka of eastern Tibet and local Tibetans in Sershul County were told that they must replace the photographs of the Dalai Lama in monasteries, temples, and homes with those of Xi Jinping and Mao Zedong.

Officials were said to be verbally warning local Tibetans that they must recognize the improving the economic well-being of Tibetans under the leadership of the Communist Party of China. So the resettled-nomads are forced to praise China’s ruling Communist Party in public speeches which are then filmed and distributed to Chinese state-run media.

However many nomads have also refused to participate in these Chinese government propaganda campaigns, causing tensions between those who take part and those who refuse. In this way, the Chinese have created divisions among Tibetans in the local community.