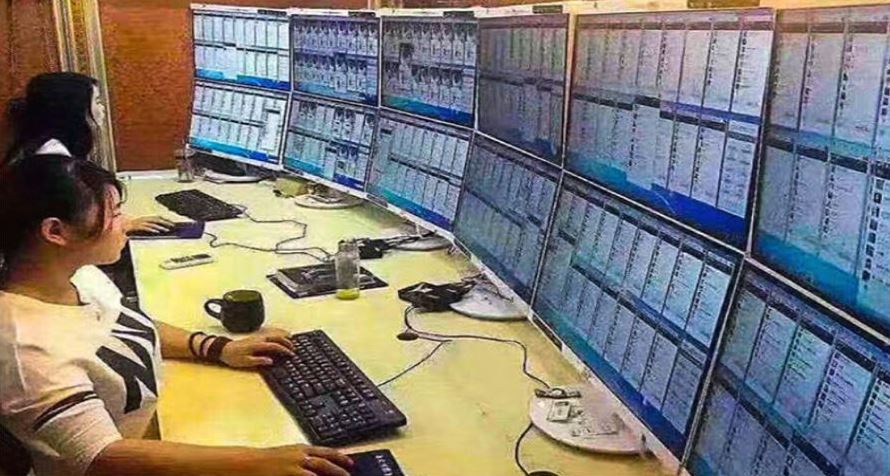 Dharamshala, India — Chinese authorities in eastern Tibet have detained a Tibetan man for sharing a photo of the spiritual leader of Tibet, His Holiness the Dalai Lama on mobile messaging app WeChat while imposing new tightening rules on the instant-messaging tools.

Rinso, a 50-year old native of Thangkor township’s Village No. 3 in Dzoege county of Amdo Province, eastern region Tibet, has been released from police custody after being detained for more over a week, sources said, speaking on condition of anonymity. “He was released by Chinese authorities on July 16, 2019, after being held in police custody for 10 days,” the source said, citing contacts in the region.

'Chinese officials censor and monitor WeChat users, and homes being visited by armed police and threatened while deleting social media groups and comments, and some that have been administratively and criminally detained,' it said, adding “the better option is to avoid raising certain issues and sharing photos that are deemed "politically sensitive."'

In Tibet, Chinese police are forcefully taking away local’s phones and secretly installing an app that extracts data from emails, texts messages, and contacts,' it further said. According to the TPI source, the surveillance app searches for information on a range of material, including literature by His Holiness the Dalai Lama and messages related to Tibet that are also deemed "politically sensitive".

Since President Xi Jinping came to power in 2012, the authoritarian-communist regime of China has intensified its crackdown on dissents in Tibet, —particularly targeting writers and singers and tightened control over the social media, online speech, religious groups, and civil society.

'In May this year, Chinese officials have issued a bilingual notice, imposing stricter political controls in many areas in the occupied territory of Tibet, accusing the improper use of WeChat for spreading political news,' lead to a further deterioration of what is already a critical situation.

“Only news and photos published by the Chinese state-run media can be shared or discussed, the source said, adding that involving serious infractions of the new rules can be punished by as much as an eight-year prison sentence. It also said that discussions of developments related to issues of Tibet, Hong Kong, and Taiwan have been flagged as particularly sensitive.'

An announcement was made recently by the Chinese authorities in Tibet, which said that members of the public could earn up to 300,000 yuan (U.S. $42,582) for providing information leading to the arrests of social-media users deemed disloyal to China or behaviors specified as online illegal include online activities.

The recent reward system to tactics used in Nazi Germany, under dictator Stalin in the Soviet Union and in China during the Cultural Revolution led dictator Mao Zedong, also known as the greatest mass murderer in world history.

The illegal activities aimed at attempting to overthrow China’s socialist system, advocating extremism, destabilizing national security, and defaming the People’s Republic of China, according to a notice issued on February 28, 2019, by three governmental bodies of the so-called Tibet Autonomous Region.

Authorities frequently monitor online discussions and search mobile phones for what they consider politically sensitive in Tibet, where foreign journalists and news broadcasts are heavily restricted or banned.

Also banned in Tibet are online expressions of support for His Holiness the Dalai Lama’s Middle Way Policy, which calls for genuine autonomy for the Tibetan people within the scope of the Constitution of the PRC. The Tibetan government in-Exile says "this is of mutual benefit and based on the long-term interest of both the Tibetan and Chinese peoples."

Wechat called Weixin in China is China’s version of WhatsApp and has one of the largest user bases among the ever-growing number of apps. In just three years since Tencent debuted it, WeChat has become one of the largest social networking platforms in China and Tibet.WeChat reportedly has 1.1 billion registered accounts and 650 million monthly active users (August 2015).

The average number of daily active users is 570 million and the daily growth in numbers of WeChat public accounts is 8000. Available in 20 different languages and equipped with seemingly endless features including voice and group chat, video call, and walkie-talkie, WeChat has emerged as a formidable force in the Chinese social networking space.

More than 50 Tibetan arrested and sentenced for sharing information since 2015. Some of Tibetan prisoners are held in secret locations, with the Chinese authorities refusing to reveal any information about their location or current health condition and preventing them from contacting their relatives.