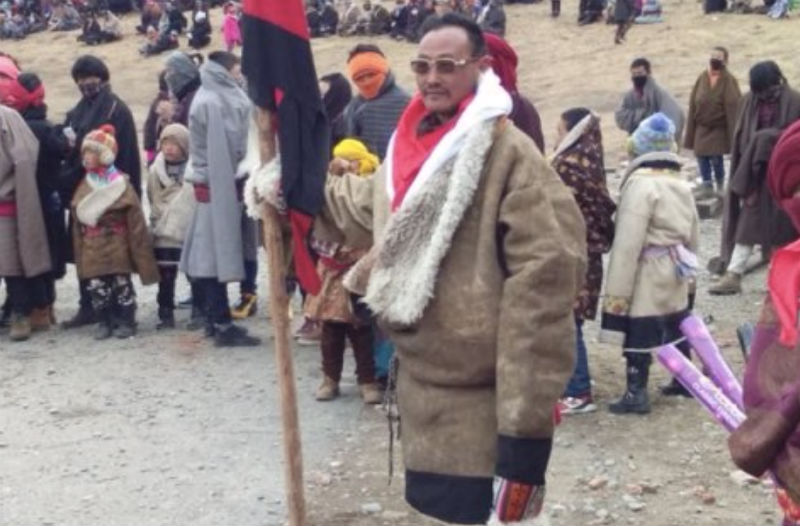 Dharamshala, India — An ex-political Tibetan prisoner has died as a result of mistreatment during his detention in Machu County, eastern Tibet where political prisoners are disappeared, tortured and killed under the brutality of the Chinese communist occupation.

Following his arrest on 18 June 2012 for spearheading protest during the 2008 uprising, Mr Palden was interrogated and severely tortured for months in incommunicado detention without the knowledge of his family or legal representation.

After he was sentenced to two years and nine months, he did not receive proper medical care in prison for the injuries he suffered during the incommunicado detention. His condition became critical due to which he was released early having served a little over a year of his actual sentence. This is a typical practice of the Chinese government to release the prisoners early so that prison officials can avoid responsibility for killing prisoners.

Palden was released with multiple health complications before the completion of his prison term on 24 July 2013. He suffered from blocked arteries, weak eyesight, and breathing and hearing problems. Since his release, he had undergone two massive surgeries that further increased financial burden for his family.

Last December one of his daughters was temporarily denied school admission to punish her father. Subsequently, he was subjected to intimidation and harassment by local authorities for allegedly sharing information about his medical condition and his daughter to a human rights organization.

The regime has stepped up politically-motivated arrests, prosecution and conviction of peaceful protesters, singers, writers and human rights campaigners. Chinese authorities have also intensified security measures in many parts of the occupied provinces in Tibet and the region has been the scene of peaceful demonstrations since 1949.

Protesters have been demanding reforms, freedom, return of His Holiness the Dalai Lama, the release of political prisoners, and an end to the ongoing political repression, cultural assimilation, economic disparity, environmental destruction and social discrimination inside Tibet