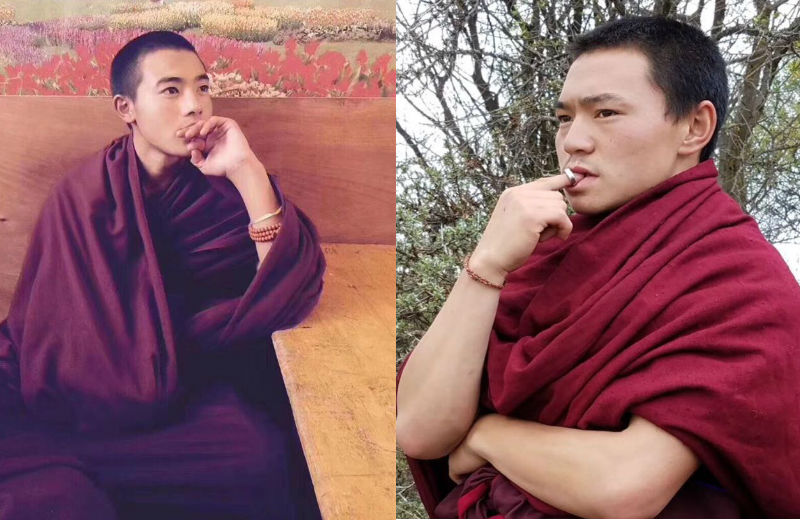 "On September 05, 2018, Kirti monk Dorjee Rabten, aged 23 staged a solo protest against China's oppressive rule in Tibet and also shouted various slogans such as freedom for Tibet. other details remain unknown,” Kanyak Tsering, a Tibetan monk living in India, told the TPI on Monday. Rabten is a native of Meruma township's Village No. 2, in Ngaba County.

"In the latest protest, Tenzin Gelek, 18-year old monk also belonging to the same monastery, staged a peaceful protest against China's repressive policies in Tibet on September 6, 2018 but was quickly arrested and taken away," the local source added. Gelek is a native of Meruma township in Ngaba County.

According to the source, Gelek, known by his pen name "Sarin" (Cost of the Land), wrote two articles— one expressed the suffering of the Tibetan people and the other stated that the China's actions in Tibet are 'betrayal' of treaties. He then posted on WeChat, a social networking app before his arrest.

'A third monk, also staged a solo protest against China's oppressive rule in Tibet and shouted protest slogans in the same street at the beginning of September, 2018 but his name and details remain unknown,' source further said, adding: "His whereabouts and current situation remain unknown."