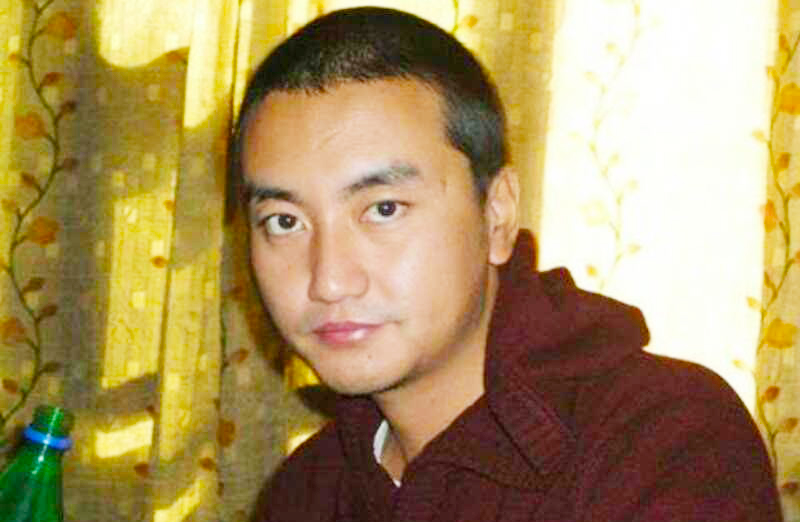 Tashi Choeyang was arrested and secretly sentenced to six years while he visited his family in Tibet from India. Photo: TPI

Dharamshala, India — Emerging sources say a Tibetan Buddhist monk disappeared after his spiritual journey to India more than a year ago to visit his family in eastern Tibet, recently has been found imprisoned in a secret trial on an unknown charge.

'Tashi Choeyang, 37, was arrested and secretly sentenced by the China's communist authoritarian government to six years while he visited his family from India,' sources told the TPI, adding that 'he has been missing since 2016 is in prison in eastern Tibet, where he is serving a six-year jail term on unknown charges.'

Choeyang, a Tibetan Buddhist monk who has been living in India, visited Tibet three years ago to meet his family after reportedly obtaining a visa from the Chinese embassy in New Delhi, India. But he was arrested by Chinese authorities shortly after arriving at his home on November 21, 2016. TPI learned that no warrant was produced and no reason given for the arrest.

'After one of his prison mates was recently released from Chinese prison,' sources inside Tibet said, adding, 'nearly a year after disappearance, Choesang is reportedly being held in Dhartsedo prison in Kham Kardze, eastern Tibet. it has also emerged that his family has also been informed that he was given a six-year prison sentence, in November 2017 following a secret trial.'

Choeyang travelled to India for advanced studies and religious discourses in Buddhism in Gaden Monastery in South India before returning to Tibet. He had previously studied at Nyitso monastery in Tawo county of eastern Tibet where he was born. His father's name is Dorjee Tsering and mother is Phalmo.

Chinese authorities released no information as to the whereabouts and conditions of the Tibetan monk. In the hope of having him released sooner they did not disseminate information about Choeyang's arrest. Chinese authorities have tightened controls in a bid to check self-immolation protests against the communist regime's rule in the occupied Kham, which was traditionally part of the historical Province of Tibet, arresting and jailing Tibetans linked to the burnings.