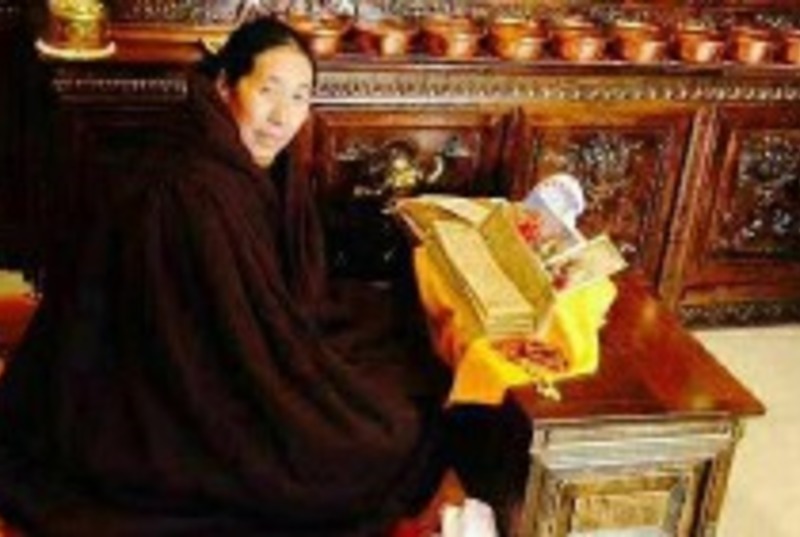 Dharamshala — A 51 year old Tibetan nun has reportedly died of ailments developed during her seven years served in Chinese prison.

Ngawang Tsomo, 51, died on January 27 in Phenpo Lhundrub county in the Tibet Autonomous Region’s Lhasa prefecture after deteriorating health plagued her for years after being released from prison.

“She had developed an acute headache while she was in prison and, after her release, she was unable to seek proper medication for her failing health. As her condition recently became serious, she was taken to the hospital in Phenpo Lhundrub, but she passed away in the corridor of the building while waiting to receive treatment,” a source inside Tibet told RFA on condition of anonymity.

Ngawang Tsomo was arrested in 1993 along with many other Tibetans, mostly monks and nuns, for taking part in a peaceful protest calling for Tibetan independence in Lhasa. Shortly after her incarceration, she was sentenced by a Chinese court to prison for seven years without being given a fair trial or even the opportunity to seek counsel, as is promised in the Chinese constitution.

It is reported that she was subjected to great deals of torture and inhumane treatment while in prison.

In 1998, Ngawang Tsomo was in Drapchi Prison and took part in a protest, where she and several other political prisoners refused to salute the Chinese flag or sing the Chinese national anthem, instead calling for Tibetan independence. Chinese guards opened fire on the prisoners, killing three. Even though Ngawang Tsomo escaped the event with her life, we will never know the extent of suffering she endured during those years.

Ngawang Tsomo was released in poor health in 2000 and welcomed home by family and relatives. She suffered health complications over the years due to the inhumane conditions she endured in Chinese prison.

Like many political prisoners who are not allowed to return to their schools or monasteries after serving the prison sentences, Ngawang Tsomo was not allowed to return to her nunnery, and instead continued to face problems and harsh working conditions in society after her release. She spent many years in a small hermitage in the mountains, and never received proper medical care.

After her health declining for several years, finally on January 27, 2018 she arrived at a hospital in Phenpo Lhundrup seeking help, but unfortunately passed out and ultimately died in the doorway of the hospital before receiving treatment.

She was born in 1967 in central Tibet and her parents named her Dekyi. At a young age she entered the nunnery where she was educated and later took her vows as a nun. Her endured suffering and untimely death is just one more at the hands of the Chinese authorities.