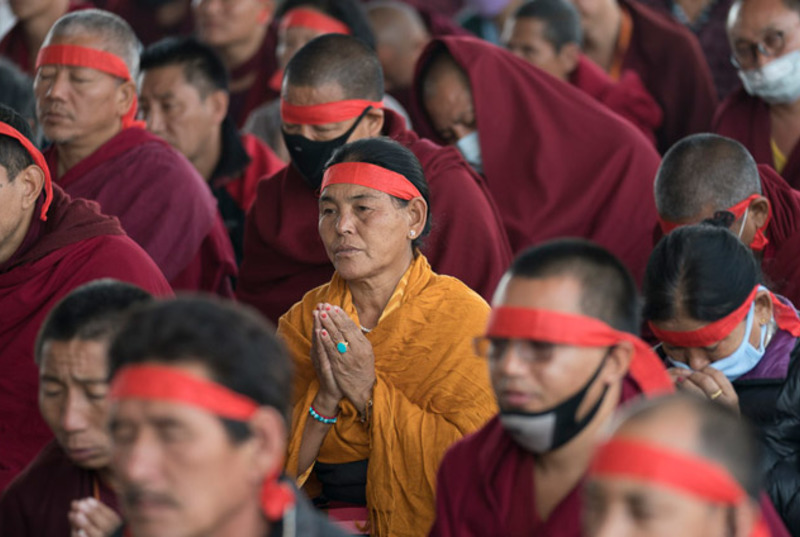 Dharamshala — Chinese authorities have reportedly ordered Tibetan pilgrims to return home immediately after attending a teaching by His Holiness the Dalai Lama in northeastern India.

A report from the exiled government, the Central Tibetan Administration, on January 23rd said, “those who have been called back were largely Tibetans from Kham and Amdo regions that are incorporated into China’s Sichuan Province.” The report further assessed that more than two thousand Tibetans, including many elderly, from Tibet have arrived in Bodh Gaya, to attend teachings given by the Dalai Lama since January 5.

????hinese authorities have summoned Tibetans back to Tibet midway of the teachings despite issuing them Chinese passports quite recently,” the report read.

The Chinese state media denied reports that Tibetans had been compelled to return but said that the government certainly “does not encourage” them to attend, because “the India-based ceremony frequently degenerates into a political tool,” according to the Global Times on January 5.

A source speaking anonymously told TPI that, “Pilgrims traveling in India and Nepal from counties in eastern Kham have been ordered to stop midway through the teachings of His Holiness the Dalai Lama, and forced to return home, facing threats of 'great consequences' if they failed to return in time."

In 2017, Tibetan pilgrims who traveled to India with hopes of attending the official Kalachakra were also ordered to return home before the teaching began, despite all pilgrims having obtained passports and legal visas from the Chinese and Indian governments.

President Dr Lobsang Sangay said at a press conference on January 8, 2017, “Getting passports is legal, getting visas is also legal, going to Buddhist sites [such as Bodhgaya] is legal, so for the Chinese authorities to threaten them to return under such severe pressure is simply unacceptable.”

Other reports state that the Kalachakra, a major religious empowerment attended by more than 100,000 people from across the world in Bodhgaya, has been characterized by the Chinese authorities as ‘illegal’.

“The Chinese government continues to systematically prevent the Tibetan people from attending religious teachings by the Dalai Lama, and threatens them with punishments if they do so. This shows once again the disregard for religious freedom by Beijing, whose oppressive policies are only increasing tensions in Tibet. We call on all governments who respect religious freedom, to closely monitor the situation inside Tibet, – where more people could be punished after the Kalachakra – urge China to stop this nonsensical decades long oppression, and embrace the message of tolerance and compassion of the Dalai Lama” said Matteo Mecacci, President of the International Campaign for Tibet.