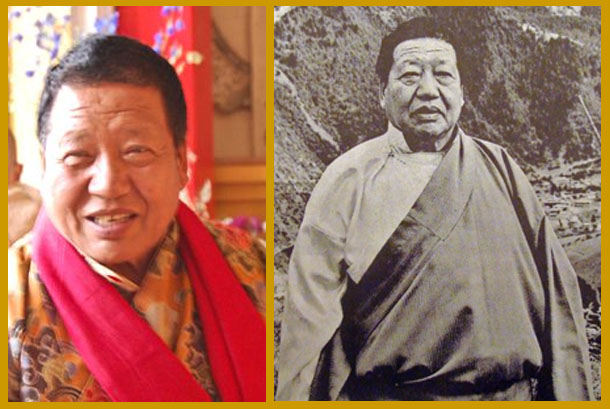 Akong, 73, who had lived in UK since 1963, founded co-Samye Ling in 1967 in a former nurses' home in Eskdalemuir, Dumfries and Galloway. According to media reports, it was the first Tibetan Buddhist monastery in the West.

'Three men confronted Tarap Shetrup Akong, a British national, at his residence in the southwestern Chinese city of Chengdu on Tuesday, October 8, 2013 and stabbed him to death along with his nephew and a driver,' over what the Chengdu City police official statement previously said was a financial dispute.

One of those sentenced was Thubten Kunsal, who had been an artist at Akong Rinpoche's monastery in Britain between 2002 and 2011, the Chengdu intermediate court said in a statement carried by the state-run media "Xinhua" news agency on Sunday, December 31.

He and another man, Tsering Paljor, were given the death sentence for stabbing the three men to death in a confrontation at the monk's Chengdu home over 2.7 million yuan ($410,000) in wages that Thubten Kunsal said he was owed. A third man was also given three years in prison for hiding the knives used in the killings.

Questions surrounding the murders had underscored the distrust that many Tibetans have of the Chinese government, which has ruled Tibet with an iron first since "peacefully liberating" it in 1950.

Analysts have said that among exiled Tibetans, there was a widespread assumption that there must have been a political plot behind the crime, though there was no evidence for that.

Thubten Kunsal and Tsering Paljor had admitted to involvement in the crime, according to earlier statements by their lawyer, but had argued the deaths were not intentional.

"The defendants' methods were ruthless, the details extremely malicious, and the result extremely serious," the court said in the statement.

Lawyers for the three men could not be reached after the sentencing, but the court said Thubten Kunsal and Tsering Paljor would appeal. The third man had not decided whether to appeal, it said.

However, in July 2015, the Chinese government launched what appeared to be an orchestrated campaign, when more than 280 human rights lawyers and activists - along with their associates - were summoned or detained or just disappeared. The arrests have been widely seen as the state's attempts to stifle dissent.

Human rights groups and Western countries have expressed repeated concern about a widening campaign to quash dissent among academics, journalists and social activists.
China rejects any criticism of its human rights record, saying it is a country ruled by law and that it opposes external interference in its domestic affairs.

The British Embassy in China said it was aware of the sentencing, according to media reports. "The British government maintains its longstanding opposition to the death penalty, and has formally communicated this to the Chinese government during the course of the trial," the embassy said in an email.

Akong Rinpoche was one of the few Tibetan religious masters who reportedly keep a close relationship with the Chinese government. He was also revered by many Tibetans in Tibet for his work with charities and in promoting Tibetan education.