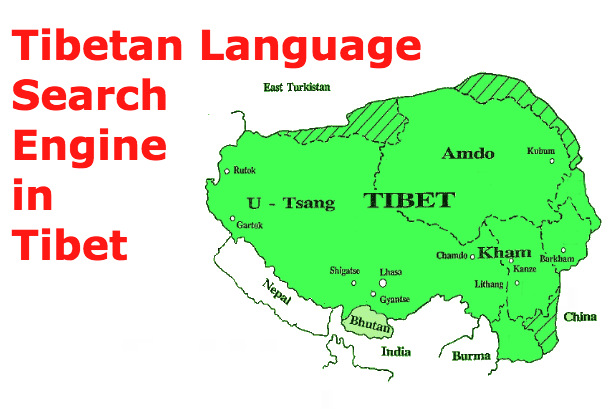 Beijing — China claimed that developers have begun the trial of Tibetan language search engine, putting it on course for release in the second half of 2016.

It claimed that the project was launched in April 2013. Development head Tselo said the database and the semantic unit function were both up and running.

"The recognition rate of the system is over 95%," Tselo said, adding that around 1. 2 million people would use the search engine.

China recently said it's constructing a cultural park worth $18 million at a site of ancient human ruins in eastern Tibet that will recreate scenes from the lives of pre-historic Tibetans about 5,000 years ago. a Chinese state-run media reported.

The Karub Ruins Park, located in Chamdo County, (Ch: Qamdo City), will allow visitors to learn about the plateau's prehistoric civilisation, according to Dawa, head of the city's cultural heritage bureau.

The first-phase project includes an exhibition hall where pictures of the ruins of ancient houses will be displayed, the Xinhua news agency reported.

The Karub ruins were found in 1977 and put under state protection in 1996.

Three excavations have been conducted on an area covering 3,040 square metres of ruins since their discovery, it said, adding that they are the best-preserved Neolithic ruins on the Tibetan plateau.