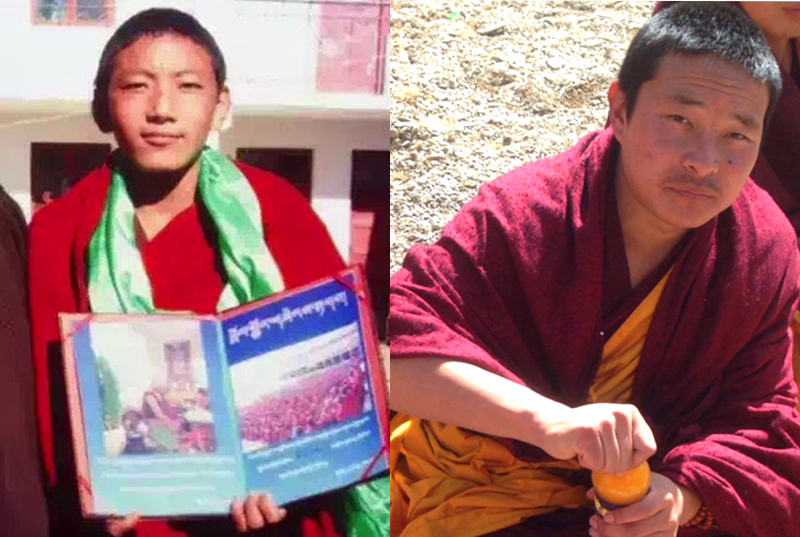 Dharamshala — Chinese police in restive Ngaba County of north-eastern Tibet have detained two Tibetan monks after staging peaceful protests against the Chinese government rule. They have called for the return of His Holiness the Dalai Lama to his homeland and freedom for Tibet before the police arrived.

The two were detained separately in Ngaba county in Amdo region of northeastern Tibet, (Ch: Aba County, Tibetan and Qiang Autonomous Prefecture in the north-west of Sichuan Province), .

"Adak, 20-year old took to the street of Ngaba town, on Friday morning, September 10 and shouted slogans calling for "His Holiness the Dalai Lama's return to Tibet" and "freedom in Tibet."

"Chinese police arrived at the scene and arrested him," Kanyak Tsering and Lobsang Yeshe from India based Kirti monastery told the Tibet Post International (TPI).

The another monk, Lobsang , 22, also from Kirti Monastery, marched into the streets of Ngaba County, calling for "freedom in Tibet", and "the return of His Holiness the Dalai Lama to Tibet."

Sources said "a group of laypersons staged protests in the main streets of Ngaba County on Thursday afternoon, against Chinese government's policy of occupation and oppression. But the details, including their names are still unknown".

"Four monks from Kirti monastery have been arbitrarily arrested in this week following their peaceful protests against the Chinese government rule, although their precise whereabouts and present condition remain unknown," TPI sources said, citing contacts in the region.

Following their arrests this week, the Chinese security forces have now intensified their control and restriction of Ngaba county, another source said, speaking on condition of anonymity.