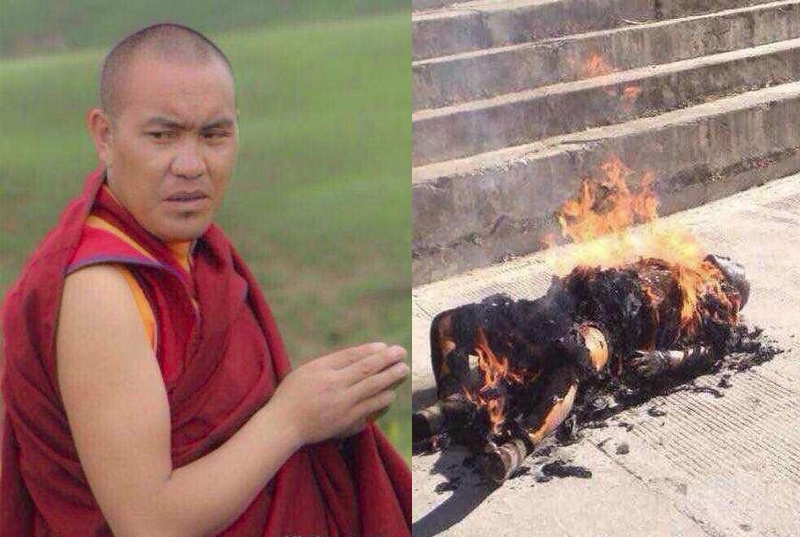 Dharamshala: - Sources coming out of Tibet say a Tibetan Buddhist monk reportedly died on Tuesday after setting himself on fire in protest against Chinese hard-line policies toward Tibetan people.

"Kalsang Yeshe, a 38-year-old Tibetan Buddhist monk set himself on fire in front of a police station in Kham Tawo, eastern Tibet at around 11:30 am local time," Yama Tsering, an exiled Tibetan monk living in South India told the Tibet Post International.

"Yeshe self-immolated in protest against China's repressive policies and shouted slogans for the return of His Holiness the Dalai Lama to Tibet," he said, citing anonymous local sources.

The current condition of the monk remains unconfirmed, but it is believed that he is severely injured and may not survive.

Chinese security forces have locked down most parts of the Tibetan plateau because of the wave of self-immolations and protests against Chinese hardline policies.

According to the sources, Chinese security forces arrived at the scene shortly after the protest. He died at the scene and his body was taken away by Chinese authorities.

"The Chinese authorities immediately blocked the Internet, mobile phone, and other communications immediately after the protest," he added.

This incident brought the total verified number of self-immolations in Tibet to 135 since February, 2009 and and of them 116 were reportedly passed-away due to their severe injuries.