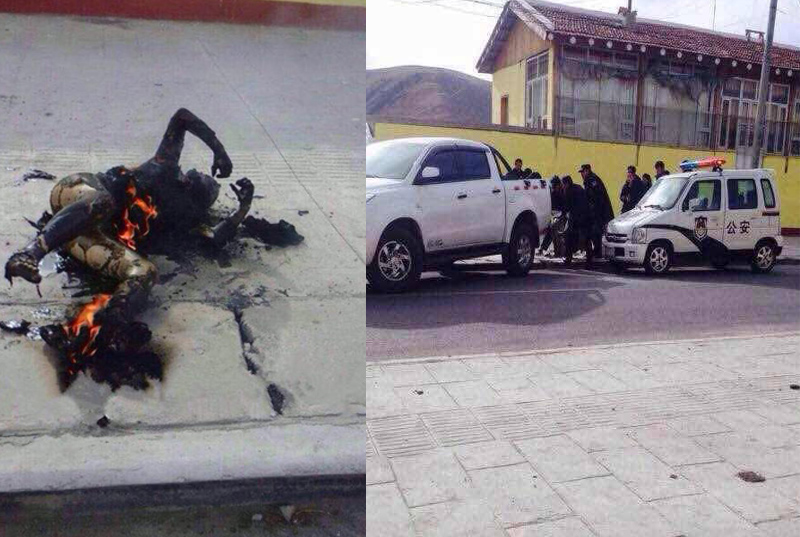 Dharamshala: - Emerging reports coming out of Tibet say a Tibetan woman died on Monday after setting herself on fire in an apparent political protest against the Chinese repressive policies in Tibet, pushing the estimated toll to 134.

'The woman, identified as Tsepe Kyid, a 20-year-old self-immolated in an apparent protest against the Chinese government's continuing repressive policies in Tibet,' sources said.

According to the sources, Chinese police arrived at the scene shortly after the self-immolation protest and forcibly removed her body.

"She is a 19-year old Tibetan woman and had not received a formal education but grew up working as a herder with her parents. According to the same sources, her 60 year old father and 50 year old mother have reportedly been taken away by police, but it is not clear whether they have been detained," another source said later.

This incident brought the total verified number of self-immolations in Tibet to 134 since February, 2009 and and of them 115 were reportedly passed-away due to their severe injuries.