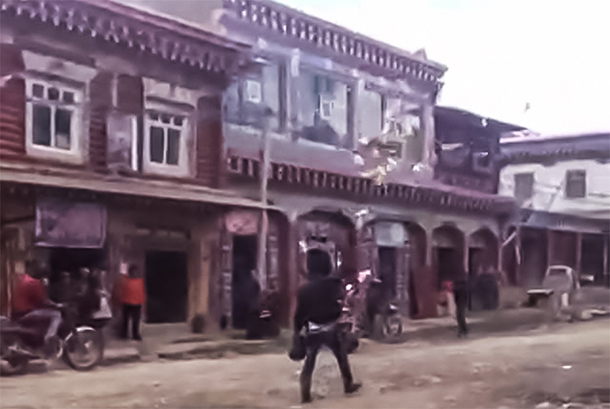 Dharamshala: - Emerging reports coming out of Tibet say eight Tibetans have been sentenced to up to 9 years in prison for their alleged links to a young man who allegedly set off a petrol bomb at a Chinese police building in Dege County, eastern Tibet in 2012.

After the deadly crackdowns following peaceful protests across Tibet, starting from 10 March 2008 there was growing anger among local Tibetans over the continuing crackdown by Chinese military forces.  This included disappearance, arbitrary arrests and the establishment of more police stations in Tibetan areas, including Dege county.

Sources added that, 'just a few days before the incident, Tashi told some of the local residents that he wanted to end his life in protest against the imposition of a variety of increasing Chinese repressions and particularly wanted to end the disruptions from newly built Chinese Police Stations.'

The eight men were reportedly arrested after the incident but the reasons for their arrest were not made clear at the time and charges and dates on which they were sentenced are still not known or specified. According to the source, they are currently being imprisoned at a Chinese Prison in Minyak County of Kham, eastern Tibet.

A young Tibetan man was arrested in April this year after marching alone along a street in Dege County, scattering paper flyers and shouting slogans calling for the Long Life of His Holiness the Dalai Lama. The young Tibetan's whereabouts and other details remain unknown since his arrest.

In January 2014, over 20 Tibetans were detained in a massive crackdown on protests over the construction of tunnels linking the high-way in Dege County. Local Tibetans called for an end to the construction which has led to the collapse and damage of many ancient residential buildings.

In August 2010, a Tibetan was killed and around 35 severely wounded after Chinese security forces opened fire on demonstrators in Dege Palyul County. Local Tibetans are concerned about the impact of gold mining on their livelihoods.