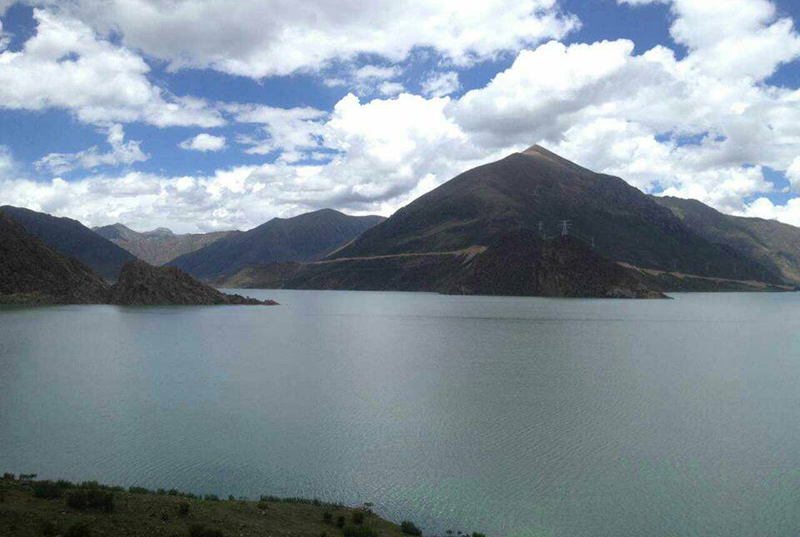 Dharamshala: - Sources coming out of Tibet say Chinese authorities in Phenpo county in central Tibet have handed jail terms of up to 12 years to six Tibetans for protesting against a mining operation.

Kunga and Pema, were sentenced to terms of 12 years over their alleged roles in the protest against Chinese mining activities on Gyawodhong area in Phenpo County in Tibet (Chinese: Linzhou Xian, Autonomous Region), Phurbu, a Tibetan man living in exile in Dharamshala told the Tibet Post International.

'They were sentenced for their roles in the protesting against the mining projects which started from 2000, at the junction of two major rivers in on Gyawodhong area; 'Phendho Lhachu' and 'Radring Tsangpo,' source has said.

The authorities forcefully removed 119 Tibetan homes from the mining site, when the operation was started in 2009. Since then, the whole Tibetan town is completely under-water,' he said, citing sources in the region.

The six had been charged with their roles allegedly aimed at"splitting" Tibet from China and with leading a protest to protect the environment,' sources added.

Other sources have said that 'Chinese government had started mining operations in Dhung village in Khartse township of Phenpo county in 2005, which is located around 70kms from Gyawodhong mining site and over 400 Tibetan families were reportedly forced to move from their homes to a new place.'

There were no reports of arrest and detention at the time the incident occurred. But sources said, 'Chinese officials severely restricted the movement of Tibetans in County.'

'Tibetans in the county united in protesting against the mining operations and they complained that the operations are also highly harmful to the environment and expropriating their farmland to enable mining work to expand, resulting in their livestock dying from a lack of pasture,' he said, adding, 'those Tibetans who led the protests have been severely punished.'