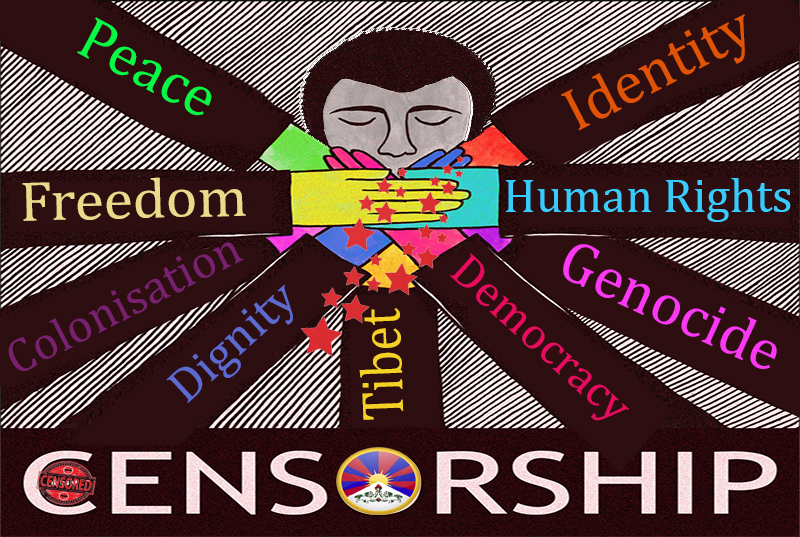 Dharamshala: - Further tightening of the restrictions in Tibet to maintain social stability, the Chinese totalitarian regime has again vowed this week to severely crackdown on Tibetans who oppose its repressive policies toward Tibet's culture and religion.

'Meng Jianzhu, head of the Commission for Political and Legal Affairs of the Communist Party of China (CPC) Central Committee urged efforts to maintain social stability in Tibet, saying it is vital to national security,' the state controlled media, 'Xinhua' news agency reported.

The report claimed that Meng, made the remarks during his five-day visit to Tibet which ended on Tuesday, 22 July. "Local officials should have a profound understanding of the long lasting nature of the anti-secession efforts, and always take them as the primary political task," Meng said, "vowing a harsh crackdown on separatist activities or terror attacks."

'During the inspection, Meng called on Buddhist monks to make contributions to ethnic unity while visiting Jokhang Temple and other well-known religious sites,' report said.

Despite Tibet being described as one of the most monitored internet and tightly controlled areas in the world, China in May this year vowed to "seal and stifle" the internet in an effort to crackdown severely on Tibetans who oppose its repressive policies and share news and images with the outside world through emails, phone conversations, blogs, and social media.

Tibetans are being imprisoned, tortured for merely sharing news about their views about the ongoing situation in Tibet with the outside world. The communist regime has sought to impose a complete information blackout, blocking the internet and cutting off mobile phone signals in many Tibetan areas, in an attempt to prevent any news reaching the outside world.

Dong Yunhu, the head of Tibet Autonomous Region's propaganda department vowed to "seal and stifle" the internet in an effort to defang separatist groups. Dong made his remarks during a meeting of the State Council's information office on 12 May.

Tibetans who oppose the repressive policies imposed by The Chinese totalitarian regime have been labelled as separatists and Tibetan self-immolators have ben considered as terrorists. Although the only innocents who have suffered by their action have been their relatives and communities heavily punished by attributing to them guilt by association, targeting hearts and mind of the Tibetan people.

"Since 1950s, all the successive Chinese regimes have failed to win the hearts and minds of the Tibetans inside Tibet. The totalitarians are now desire to control the hearts and minds of the Tibetan people by forcefully conducting  “patriotic education,”campaigns across the Himalayan region," Nyima T.J, a Tibetan political analyst in exile said, adding: "The hard-line policies in Tibet targeting the Tibetan Culture and identity will never be successful unless China make a change and past policies toward Tibet has been harmful to China's interest and image."