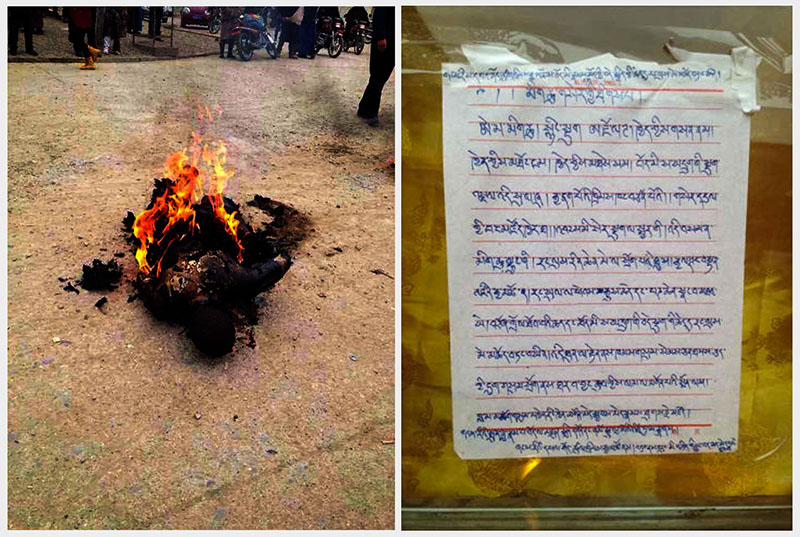 Dharamshala: - Emerging reports coming out of Tibet say a Tibetan Buddhist monk has set himself on fire in an apparent protest against Chinese repressive policies in Tibet on December 19, has passed away.

In a note he wrote the words: 'Where do I express the "Sufferings" of the six million Tibetans?'
'Can you see it? Can you hear me? China took away our every treasures,'when I think these "Sorrows," my tears fall.'
In the note, he also called for the return of His Holiness the Dalai Lama to Tibet and  for the release of 11th Panchen Lama. "For the end of sufferings of the six million Tibetan people, I set my body on fire as an offering of light.”

The burning protest by Tseten brought to 124, the verified number of self-immolations since the wave of burnings began in 2009 in protest against Chinese repressive rule and of them 106 were reportedly passed-away from their severe burn injuries.

The Tibetan self-immolators called for freedom for Tibetan people and the return of the spiritual leader of Tibet His Holiness the Dalai Lama to Tibet. The Central Tibetan Administration based in India has consistently appealed to and discouraged Tibetans from drastic action, including self-immolation, as a form of protest. The blame as well as the solution for the self-immolations lies with the Chinese government.