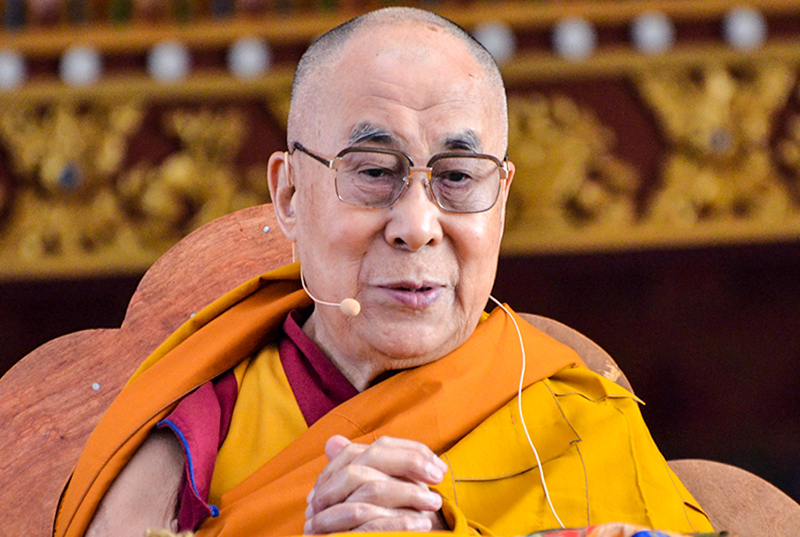 Dharamshala — His Holiness the 14th Dalai Lama left for a five-nation tour of European countries on Saturday morning, October 8. The visit is aimed at a series of teachings and public talks, particularly in the promotion of human value, human affection, compassion, secular ethics, and religious harmony.

The spiritual leader of Tibet begins the seventeen-day tour with Latvia, from 8 – 24 October 2016. He will then travel to Switzerland, Slovakia, Czech Republic and Italy. The visit will also focus on love, compassion, altruism and other good mental qualities that do not belong to one specific religious or spiritual tradition.

His Holiness will give two-day teachings on Dharmakirti's Pramanavarttika (tsema namdrel) from 10-11 October, at the request of Save Tibet Foundation (Moscow) and Saglabasim Tibetu in Riga, Latvia.

On 14 October, His Holiness will give a one-day teaching on Nagarjuna's The Precious Garland of the Middle Way (uma rinchen trengwa), Kamalashila's The Middling States of Meditation (gomrim barpa) & Gyalsey Thokme Sangpo's Thirty-Seven Practices of a Bodhisattva (laklen sodunma) and will also be offered a long life offering by the Tibetan Community of Switzerland & Liechtenstein.

The Tibetan spiritual leader will leave Switzerland on 15 October for Slovakia where he will give a public talk on Secular Ethics at the National Tennis Center on 16 October. He will leave Slovakia on 17 October for Czech Republic.

His Holiness will give a public talk on Secular Ethics organised by Forum 2000 at the Lucerna Palace in Prague, Czech Republic. He will leave Prague on 20 October for Milan in Italy.

The 1989 Nobel Peace Prize Laureate will give a one-day teaching on The Three Principal Aspects of The Path (lamtso namsum) and Tsongkhapa's In Praise to Dependent Origination (tendrel toepa) on October 21. On the next day, he will confer the Great Empowerment of Avalokiteshvara (chenresig wangchen). The teachings are organised by Ghe Pel Ling Institute for Tibetan Buddhist Studies based in Milan.

His Holiness will depart from Italy on 23 October and will reach New Delhi on 24 October. He will be back in Dharamshala in the afternoon of the same day.

According to his website, His Holiness the 14th Dalai Lama has three main commitments: the promotion of human values, religious harmony and understanding, and the preservation of the Tibetan Buddhist culture of peace and non-violence.