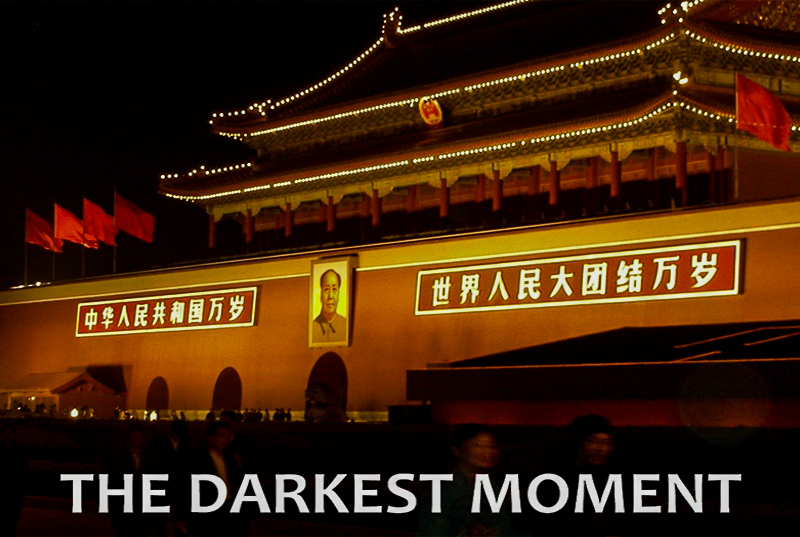 Dharamshala — The human rights situation in Tibet, Eastern Turkistan, Hong Kong and China is at present the "worst for many years"; the British government 'Conservative Party Human Rights Commission' (CPHRC) says they are "deeply concerned" about an uncritical friendship with China.

On Tuesday, the CPHRC launched a report entitled The Darkest Moment: The Crackdown on Human Rights in China 2013-2016. The report documents a "severe deterioration" of China's human rights record since President Xi Jinping assumed power in 2013 and calls for the UK Government to reconsider its own China policy in light of its current findings.

Fiona Bruce MP, Chair of the Commission, calls for the UK government to speak out publicly and consistently on human rights, and to consider the ways it can more effectively promote and protect these rights.

"We recognise that the relationship with China is of significant importance on many levels, economic and strategic, and that trading with China, as well as working with China to address many global challenges including climate change and security, is vital. But we believe, particularly at a time when there have been allegations of such a severe deterioration in the human rights situation, these concerns must also be at the forefront of that relationship and should not be sidelined."

"It cannot be in Britain's interests, or that of the wider world, to witness a lack of respect for human rights or the rule of law by any country with whom we seek to have a meaningful relationship, without challenging this when we become aware of it," Bruce noted in his forward to the 68-page report.

Based on submissions by more than 30 organisations, including India based Tibetan news agency, Tibet Post International (TPI), as well as Tibet Society and Free Tibet (both based in UK), the report is particularly significant because the CPHRC is tasked by the British Conservative Party. This is because - as the governing party of the current UK government – their mandate carries some weight in attempting to address serious human rights problems. It operates independently of the government, however, and its choice to examine China and its criticisms of UK policy, including its reluctance to speak out publicly on human rights issues, has not been welcomed by some in government.

The CPHRC report devotes a section to Tibet, using the evidence TPI submitted, including several issues such as the denial of press of freedom, torture, suppression of Tibetan language and culture, self-immolation protests and surveillance. The section concludes by referring to TPI submission:

"Every aspect of Tibetan life is under siege and Tibetans have even fewer civil and
political rights than Chinese people also ruled by the Communist Party," says Yeshe Choesang of Tibet Post International in his submission to us. He elaborated on many of these issues at length:

"The regime enforces its control over every aspect through the threat and use of arbitrary punishments, at times including severe violence....Since the Chinese invasion in 1949, an estimated 1.2 million Tibetans have been raped, tortured and murdered, thousands imprisoned and over  6,000  Tibetan  Buddhist monasteries destroyed, according to Yeshe Choesang...Illustrative of the sheer desperation felt by many Tibetans, recent years have seen a significant number of monks self-immolating. On 29 February 2016 Kalsang Wangdu, an 18  year-old  monk,  self-immolated,  bringing  the  total  verified  number  of  self-immolations in Tibet to 143 since February 2009. Of these, 123 died while the others were either critically injured or their whereabouts and status are unknown".

Referring to the TPI submission, the CPHRC explained that "the main causes of the Tibetan people's grievances are China's policies  of  political  repression, cultural  assimilation, economic marginalisation, social discrimination and environmental destruction in Tibet".

The US Congressional Executive Committee on China records 646 political prisoners in Tibet, although the Tibetan Human Rights Group, as cited by Yeshe Choesang, claims that there are a total of 2081 Tibetan political prisoners, including 967 monks. Of these, 68 were detained in 2015, according to Yeshe Choesang's submission. They are frequently subjected to extreme forms of torture and denial of medical care. In 2014, an increasing number of Tibetans died in detention as a result of their treatment.

Tenzin Choedak had all the bones in his feet broken as well as his jaw dislocated before he was returned to his family on 'medical parole'. He died two days later, on the 5th of December 2014. On 12th of July 2015, Tenzin Delek Rinpoche - a highly respected Tibetan Buddhist leader - died in prison. On July 13th of the same year, Chinese police fired upon Tibetans protesting his death.

The evidence submitted by Free Tibet, also describing issues of Tibet such as the denial of religious freedom, torture, suppression of Tibetan language and culture, self-immolation protests and surveillance:

"It is important to note Free Tibet's observation that the reduction in the number of the most egregious abuses in Tibet over the past three years, such as the comparatively less frequent instances of lethal force being employed to control protests, should not be regarded as any sign of improvement. 'This does not indicate a softening of China's approach in Tibet, or greater acceptance of Chinese rule by Tibetans. Instead, it reflects China's current effectiveness in implementing policies that have so restricted Tibetans' ability to express opposition to its rule in both private and public spheres that the need to systematically employ violence arises more rarely."

According to the Tibet Society, "Tibetans charged with political crimes are often tried in secret, not allowed independent legal representation and evidence against them is extracted by torture".

The Panchen Lama, Gedhun Choeki Nyima, remains missing following his abduction in 1995 when he was just six years old. China at present continues to refuse to provide any evidence of his whereabouts or well-being.

On the 10th of April 2013, eight Tibetan students were jailed for their involvement in mass protests against education policies which included the restriction of the use of the Tibetan language.  On 27 January 2016, Tashi Wangchuk, an advocate of Tibetan language education, was detained and charged with "inciting separatism".

The possession and display of the Tibetan national flag and images of the Dalai Lama are banned. On 7 November 2014, two young monks were jailed after peaceful protests earlier in the year, which had involved waving hand-drawn versions of the Tibetan flag.

The Commission calls on the UK government to place human rights at the centre of the UK's relationship with China, and puts forward 22 specific recommendations. These include calling for the UK government to urge China to invite the UN Special Rapporteur on Freedom of Religion or Belief to be permitted unrestricted access to Tibet and engage on dialogue with His Holiness the Dalai Lama. It also recommends that the UK government should meet His Holiness the Dalai Lama, something it has strenuously avoided doing for many years.

While fewer sources and less coverage of Xinjang province have been available, given the tighter Chinese governmental control measures have been enforced in recent times, a particularly prominent point of concern in the CPHRC report was that of imprisoned Uyghur intellectual, Ilham Tohti. He has been considered to be an icon of Uygur resistance to what is increasingly perceived to be escalating repressive tactics on the part of Xinjiang government officials, since his initial arrest in 2009 as a moderate Uyghur intellectual teaching at Beijing's prestigious Minzu university.

Elaborating on his wider political significance, Eliot Sperling (Professor of Central Eurasian Studies at Indiana University) and Yaxue Cao (Editor of ChinaChange.org) contributed a supplement to the CPHRC report. In it they provide important context for his arrests and their subsequent aftermath:

"In 2009, in the face of massive Chinese repression in Xinjiang, Ilham Tohti posted information on Uyghurs who had been arrested, killed and "disappeared" during and after the protests. As a result Ilham was taken into custody for weeks. In subsequent years he was subjected to periodic house arrests. En route to the US to be a visiting scholar in the Department of Central Eurasian Studies at Indiana University in early 2013, he was detained at the airport and prevented from leaving China. Ilham Tohti's final arrest came on January 15, 2014. He was afterwards charged with separatism and
sentenced to life imprisonment."

This earned the author a wave of support and ignited protest against his treatment. ", as Sperling and Cao note: "Numerous statements condemning his trial and sentence were made by Western governments and the European Union".

It is in this way that both Ilham Tohti's and the Tibetan case intersect with crucial international issues and human rights concerns in the context of China.