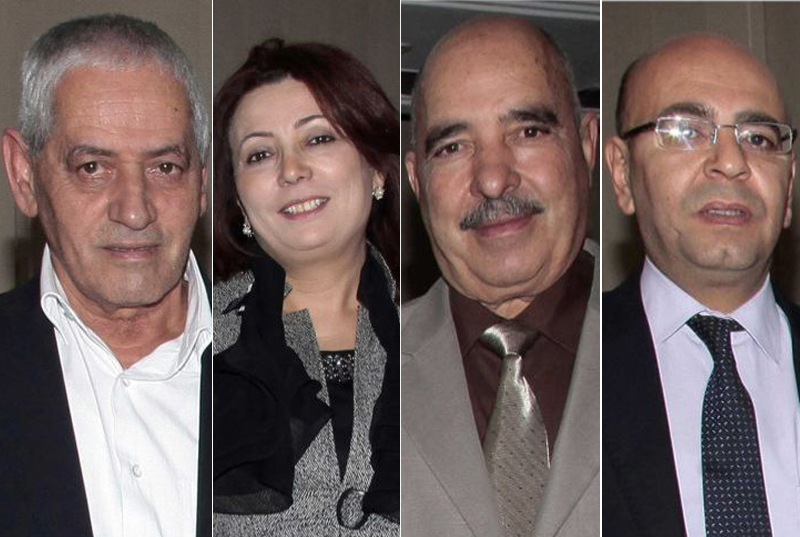 Dharamshala — World political and spiritual leaders and international organisations strongly hailed "Tunisia's national dialogue Quartet" as a example of hope for the better world after they won the Nobel Peace Prize on Friday for helping guide the country's transition to democracy.

The spiritual leader of Tibet His Holiness the Dalai Lama has congratulated the Tunisian National Dialogue Quartet for winning the Nobel Peace Prize for helping the country's transition to democracy.

"What they have achieved is an inspiration to all of us who seek to promote freedom and democracy through peaceful dialogue and non-violence," wrote His Holiness the Dalai Lama, who won the coveted prize in 1989.

US President Barack Obama has congratulated Tunisia's National Dialogue Quartet for winning this year's Nobel Peace Prize, saying the prestigious award is a tribute to the perseverance and courage of the Tunisian people.

EU foreign policy chief Federica Mogherini tweeted that the prize "shows the way out of the crises in the region: national unity and democracy."

EU President Donald Tusk tweeted: "Congrats to National Dialogue Quartet for Nobel Prize. After visit to Tunisia on March I understand and respect the choice."

US Secretary of State John Kerry also congratulated the Quartet for their achievement. "The Tunisian model of inclusivity and respecting fundamental freedoms of all its citizens is the best answer to the violence and extremist ideologies that have torn apart other countries in the region," Kerry said.

Finland's former president Martti Ahtisaari, who won the 2008 Nobel Peace Prize, said it was "an excellent decision... We all know how the Arab spring started and what the aim of it was. In the countries where the change was demanded people wanted to make it clear that they want to have the same values that are in place in democratic societies in the world."

Former Tunisian Prime Minister Mehdi Jomaa says the Nobel Peace prize was a triple recognition for the Quartet, for Tunisia's transition to democracy and for dialogue.

The Secretary of the Norwegian Nobel Committee says that for the first time this year the Oslo government found out who won the Nobel Peace Prize at the same time as the rest of the world.

The U.N. secretary-general is praising this year's Nobel Peace Prize winners and the Tunisian people. Ban Ki-moon says "this recognition belongs to all those who gave birth to the Arab Spring and are striving to safeguard the sacrifices of so many."

The chairwoman of the Norwegian Nobel Committee Kaci Kullmann Five says the 2015 peace prize could set an example for the fledgling U.N peace process underway in Libya.

Kullmann Five, who announced October 9 that the award would go to the Tunisian National Dialogue Quartet, says she "woke up to news that there seems to be some movement in the Libyan crisis in forming a cooperative government."

French President Francois Hollande says the Nobel Peace Prize for Tunisia is a signal to the world to support the country against extremists and internal strife. Hollande also paid special tribute to the women activists among the quartet of disparate groups awarded Friday for keeping Tunisia on its democratic path after the Arab Spring uprisings.

German Chancellor Angela Merkel's spokesman says that recognizing Tunisia's National Dialogue Quartet is "an excellent decision" by the Norwegian Nobel Committee. Steffen Seibert said Friday that the Nobel Peace Prize is "the deserved reward for working on democracy, for sticking to the idea that a people that has shaken off dictatorship deserves something better than a new dictatorship."

Poland's former president and Nobel laureate Lech Walesa says the Nobel Peace Prize awarded to a Tunisian democracy group is an expression of praise for its activity and encouragement to further "wise activity."

Sweden's Foreign Minister Margot Wallstrom has congratulated the Tunisian National Dialogue Quartet for winning the 2015 Nobel Peace Prize and says the prize is well-deserved. She calls Tunisia "one of few examples of success" following the Arab spring uprisings and says she hopes the prize will help inspire other countries that are struggling to reform.

British Prime Minister David Cameron tweeted that the mediators deserved the prize for "helping make Tunisia a beacon of hope for the region".

Pope Francis and Ban Ki-moon are among the nominees for this year's award though the committee has been reluctant in the past to consider popes - none has been honored since the first Nobel Prizes in 1901. The five-member committee has released no hints ahead of the announcement, scheduled for 0900 GMT.

A favorite among those placing bets is German Chancellor Angela Merkel for pledging to keep her country's borders open to hundreds of thousands of refugees fleeing from Syria and other countries.

Others mentioned in the buzz include the Rev. Mussi Zerai, an Eritrean priest who helps coordinate rescue missions for migrants crossing the Mediterranean, and Saudi blogger Raif Badawi.

U.S. Secretary of State John Kerry and his Iranian counterpart Javad Zarif could be candidates for their July deal on Iran's nuclear program, as could Colombian President Juan Manuel Santos and rebel leader Rodrigo Londono.

Tunisian President Beji Caid Essebsi said the award recognises the "path of consensus" chosen by the country after the 2011 revolution. "Tunisia has no other solution than dialogue despite ideological disagreements."

"As the 2015 Nobel Peace Prize is awarded to Tunisia's National Dialogue Quartet," Reporters Without Borders (SRF) said in a press statement that it notes that "the 2010 recipient, the cyber-dissident Liu Xiaobo, has been languishing in a Chinese prison for nearly seven years."

The Paris-based international media watchdog said its "urging the international community to put pressure on Beijing to release the citizen journalist."

China "has been arbitrarily holding Liu Xiaobo, who was also awarded the 2004 RSF Prize, in Jinzhou Prison in Dalian, Liaoning Province, east of Beijing, since 2008."

"The basic freedoms of Liu Xiaobo and his wife Liu Xia have been flouted for nearly seven years," said Benjamin Ismaïl, head of the RSF Asia-Pacific desk. "We call on the Tunisian Quartet, winners of the 2015 Nobel Peace Prize, to use their exposure in the media to lobby the Beijing authorities over the detention of Liu, the only Nobel Prize winner currently behind bars."

"We also urge the international community to snap out of its lethargy. The empty 2010 winner's chair symbolizes the failure of Western democracies to act on human rights and freedom of information."

Salil Shetty, Amnesty International's Secretary General, said the award was a "signal of hope" and "a fitting tribute to its members' work in strengthening civil society and human rights in a society still struggling with the legacy of decades of repression and abuse," the laureates having "held firm in speaking out for human rights and the rule of law."

International NGO Crisis Group said the choice was "an apt recognition of (the mediators') achievement in allowing the spirit of inclusion and compromise to triumph over the polarisation and violence that has been all too prevalent in the region, and of the central role civil society can play at moments of crisis."