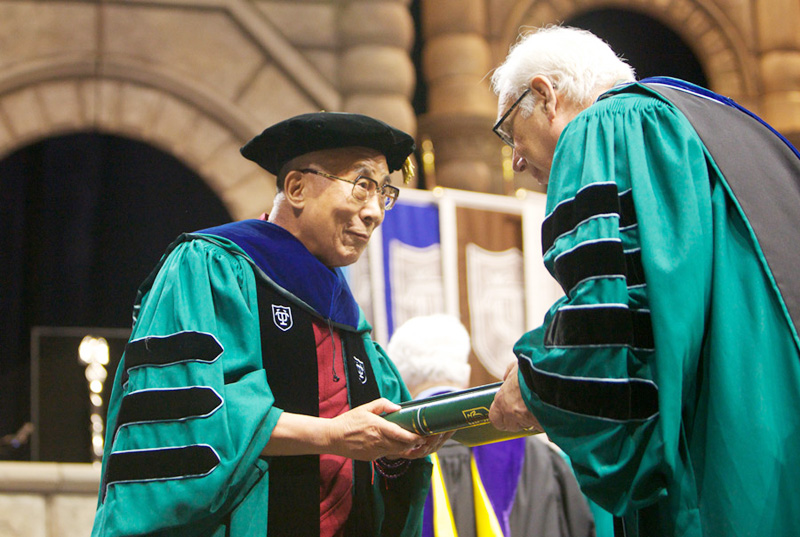 Dharamshala: - His Holiness the Dalai Lama of Tibet completed his visit to the American state of Wisconsin with a visit to the State Legislature in the capital, Madison. He also met with Scott Walker, the Governor of Wisconsin. He had also earlier visited Portland in Oregon.

Addressing the State Legislature, he said that he had been an admirer and promoter of Democracy since he had seen the bullying of the regent in Tibet. He also said that he wanted to change the Tibetan system and that the time had come for the "Dalai Lamas to retire from political concerns".

His Holiness the Dalai Lama also articulated his three main commitments, "the promotion of human values in the interest of human happiness", fostering inter-religious harmony and the Tibetan cause".

Earlier, he had given a public teaching to an audience of 3,500 people at the Alliant Energy Centre in Madison. He spoke of the "sense of religion" that human beings had developed over the last 4-5,000 years and explained that different traditions had evolved due to the different "locations, ways of life and philosophical outlooks".

The later teachings were based on a text by Je Tsongkapa, a Buddhist teacher who lived in the fourteenth century.

In the morning, His Holiness had participated in a discussion with relation to global health and happiness. He was joined in the panel by Richard Davidson, Chair of the Centre for Investigating Healthy Minds and Jonathan Patz, Chair of the Global Health Institute, both from the University of Wisconsin- Madison.

He expressed his happiness that modern science had begun to show an interest in the "mind or consciousness and the public interest in emotional training". He added that "knowledge of the mind is limited" and that "people only have a superficial view of what the mind is".

His Holiness stressed that a code of mental and emotional hygiene had to be taken seriously similar to the codes of physical hygiene that people practice. This was important to fix the "mind and emotions, which are also complex and sophisticated like the brain". 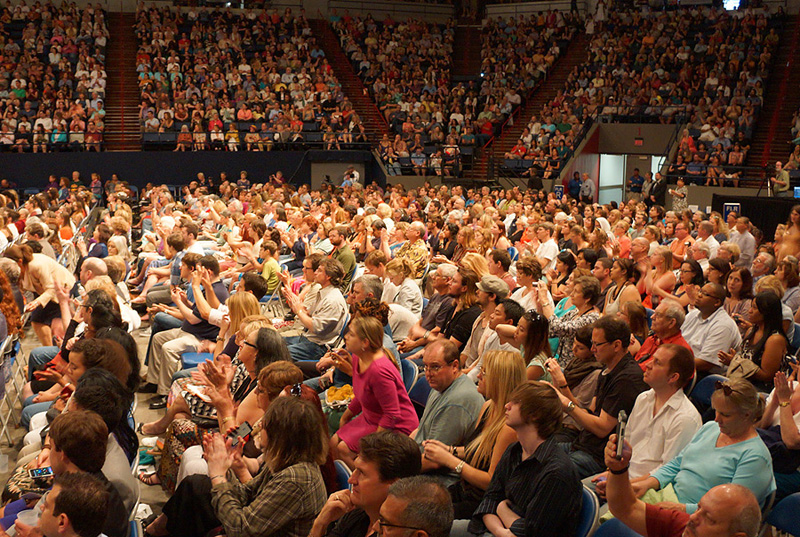 In Portland, His Holiness took part in an Environmental Summit and gave a short interview to be included in a documentary being created by Maitripa College. He stated that "one of his biggest dreams was to harness the solar potential of places like the Sahara and then use the power to run desalination plants that will produce clean water". He said that such a project would have widespread benefits and would require global co-operation.

Then His Holiness joined Oregon Governor John Kitzhaber, Andrea Dubin of the Oregon Environmental Council and Canadian scientist David Suzuki in a summit themed "Universal Responsibility and the Global Environment". Speaking at the summit, His Holiness said that although he was able to escape from Tibet to India in 1959, there would be nowhere to go if the whole world faced environmental problems.

He also visited the Northwest Tibetan Association (NWTCA). Addressing the members of the association, His Holiness said that "Buddhism is a source of wisdom, not just a set of rituals to be performed in the temple" and that it had to be used to "transform the mind" and that its knowledge must be made part of their lives.