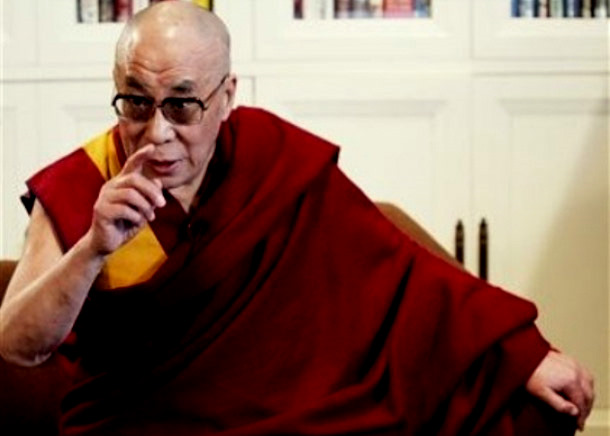 Dharamshala: - Taking a jibe at the communist state of China, His Holiness the Dalai Lama has said that instead of questioning Tibetan traditions, it should think of finding reincarnations of its leaders Mao Zedong and Deng Xiaoping.

"The Communist government does not believe in religion... But they want to conduct finding of the Dalai Lama's reincarnation.

"The Dalai Lama is not political now. If they really care, first they should believe in religion. It would be better if they think of finding the reincarnations of Mao and Deng Xiaoping," the Nobel Peace Prize winner told reporters on reaching Japan Saturday.

On the question of change in Chinese leadership next year, he said: "My personal view is that when (Chinese president) Hu Jintao took over, many expected positive changes... But 10 years have passed, you know better whether there is harmony in China or not now.

"The goal of harmonious society is good, but the method being employed is wrong. Harmony must come from heart, the key factor is trust. But trust and fear cannot go together. So, it is too early to say that the next leadership will bring big change," he said.

The 76-year-old exiled leader, who still desires to return to Tibet some day, expressed concern over ongoing self-immolation protests by monks in Tibet.

"It is a sign of deep desperation. Chinese leaders need to look into these incidents more seriously. Ruthlessness only will not be good for all," he said.

The Buddhist monk, known for his trademark maroon robes, will visit areas affected by the March earthquake and tsunami, offer prayers and meet the survivors.