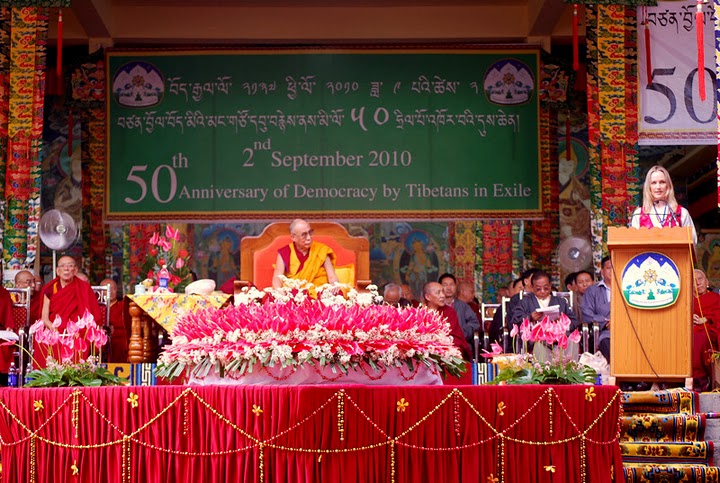 Bylakuppe: Tibetans around the world today (September 2) celebrated the 50th Tibetan Democracy Day, which marks the anniversary of His Holiness the Dalai Lama's efforts to transform Tibetan society into a democracy.

In Bylakuppe, south India, thousands of people, including Indian and foreign guests and dignitaries, attended festivities, along with a host of senior Tibetan functionaries.

The Tibetan Parliament-in-exile honoured the 75-year-old Dalai Lama with a gold seal, in expression of the Tibetan people's gratitude for his work. His Holiness expressed his thanks in return.

Around 17 members of parliament from 13 countries joined the celebrations, and His Holiness told them, "Your support has immensely helped the people of the international community to get a better understanding and knowledge about the issue of Tibet.

"It has also contributed for raising the awareness of the Chinese people living inside China about the reality of the Tibetan issue, despite the strict restriction imposed by the government on the flow of information. I hope the wholehearted efforts of the international community to support the issue of Tibet will definitely bear fruit."

His Holiness praised the younger Tibetan generation for maintaining their identity and adhering to the spirit of non-violence. "During the last 51 years, many changes have been developed from the old to the new generation," he said. "Thousands of younger Tibetans have been dispersed around the world, including India, USA, Canada, Europe, and Australia.

"Most of the younger generation has maintained their Tibetan sense of self and identify closely with the Tibetan struggle. Their strengths are remained very strong."

"Even though there are many changes between the old and the new generation, there is no doubt that our struggle for truth, non-violence, compassion and for the Tibet cause will be continued for the generations to come. Regarding Tibetan people inside Tibet, they have suffered and have faced adversity for the last 50 to 60 years. Their lives are in constant danger, yet their strength and struggle remain unshakable."

"This is a big change. If someone expressed this 50 years ago - inviting others to a meeting to discuss these issues - they would surely be jailed. Now it is not like that. Even leaders among the communist party are concerned about changing their political view in general, and particularly the policy toward minority groups in China." 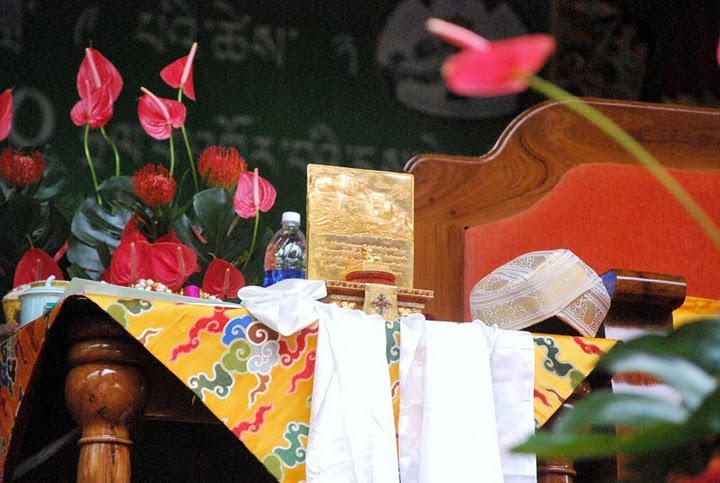 The Kashag (executive cabinet of the Tibetan government-in-exile) issued a statement saying, "Whatever accomplishments we have been able to achieve in attaining greater freedom in terms of rule of law and democracy is all due to the efforts made by His Holiness the Dalai Lama," and included a detailed account of far-reaching democratic reforms initiated and encouraged by His Holiness.

The Tibetan Parliament-in-exile stated that 50 years of successful democratic process in the Tibetan exile community has fully exposed the Chinese government for deluding the international community by lying and leveling groundless accusations against His Holiness of reviving feudal society.

In Dharamshala, north India - home of the government-in-exile - Tibetans performed traditional songs and dances at their main temple to commemorate the occasion.

Click these links for latest photos of the celebrations in Dharamshala and Bylakuppe.