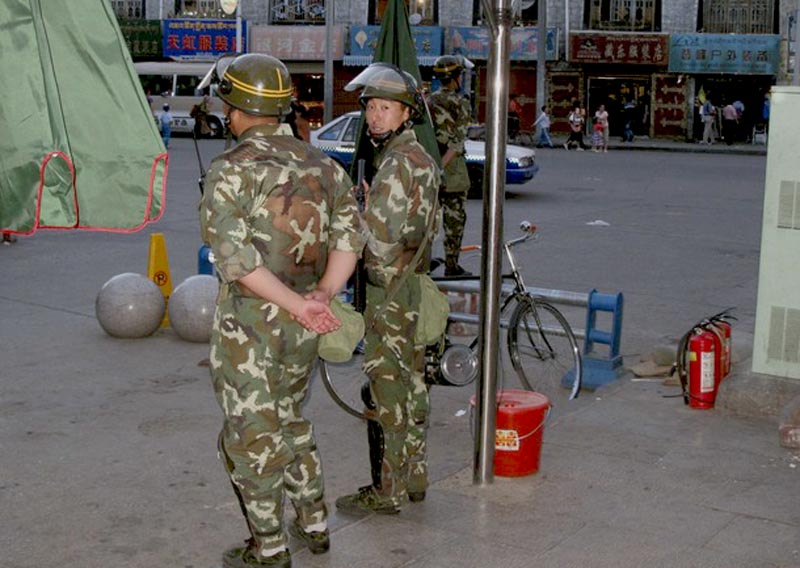 Dharamshala: Eyewitness accounts in a Human Rights Watch report released today have confirmed long-held convictions that Chinese state security forces exercised disproportionate, brutal measures in repressing the Tibetan protests which began on 10 March 2008. Disappearances, wrongful convictions and imprisonment, the targeting of Tibetans suspected of ‘separatist' sympathies and the persecution of their families feature in the 73-page report I Saw It with My Own Eyes: Abuses by Security Forces in Tibet, 2008-2010.
Based on more than 200 interviews with Tibetan refugees and visitors, conducted immediately after they left China, alongside previously unpublished reports from official Chinese sources, it includes first-hand accounts of excessive force, which proceeded to large-scale arbitrary arrests, the brutalisation of detainees, and the torture of suspects held in custody - atrocities that took place both during and after the protests.

"Dozens of eyewitness testimonies and the government's own sources show clearly the official willingness to use lethal force against unarmed protestors," said Sophie Richardson, Asia advocacy director at Human Rights Watch. "This report decisively refutes the Chinese government's claim that it handled the protests in line with international standards and domestic laws."

The report further suggests that, contrary to Chinese claims, security forces opened fire indiscriminately on demonstrators in at least four separate incidents, including one in downtown Lhasa on March 14. That such events have only come to light recently is apparently due to the efforts of the Chinese government to pre-empt external scrutiny.

At the time of the protests and for some while after, the entire Tibetan plateau was effectively closed down by a heavy distribution of troops. All foreign visitors and journalists were expelled, travel to and within the region was restricted, telecommunications and the internet were either cut or monitored, and anyone suspected of reporting the protests was arrested.

China has rejected all calls for independent investigations into the events, including those from the United Nations High Commissioner for Human Rights.

"The need for an international investigation into the situation in Tibet is a great as ever," said Sophie Richardson. "Abuses by security forces are unlikely to quell - and may even aggravate - the longstanding grievances that prompted the protests in the first place."