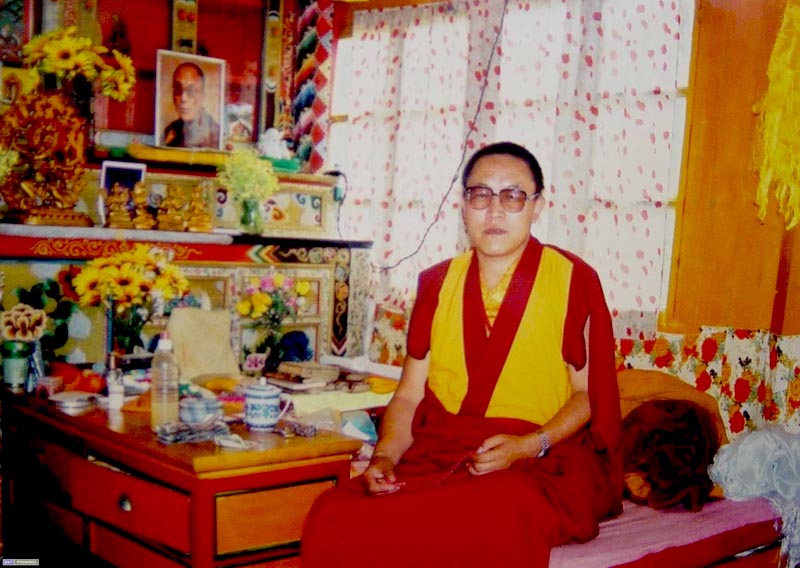 Dharamshala: Two sisters of Tenzin Delek Rinpoche, along with five other women, have returned from Chengdu city, the so called Sichuan region of China, where they staged the 12th appeal for his case to be reopened. They have arrived back in Lithang county, eastern Tibet, after demanding a series of requests from the Chinese government concerning their brother's future.

The revered religious leader was accused of involvement in a series bomb attacks in the Eastern province of Tibet in December 2002. There has been no credible evidence to link him to this crime and he has continuously denied any involvement in the incident, however he was sentenced to life imprisonment on 26th January 2005, narrowly escaping the death sentence when overseas human rights organizations and the United Nations intervened in the case.

Firstly, they pleaded that a fair retrial will take place as soon as possible, a demand that was met coldly by Chinese officials who state they will not reassess the case and that an appropriate sentence has already been decided.

Their second appeal concerned a document that Tenzin Delek intended to send to 26 Chinese governmental departments explaining his innocence. He told his sisters about this during a meeting they had in April, explaining that he would ensure it was sent in May. However, the sisters have received no information about this document and have demanded that they be told of its whereabouts and the governmental response. Chinese officials stubbornly deny the existence of this article, despite the insistence of the women that it was distributed, and have assured the women that a search was carried out but to no avail.

Finally, on their last visit to Chengdu they were informed that their brother was seriously ill by his supposed personal doctor, to which they demand he be released for treatment in keeping with the law regarding prisoners. In response they have been told that checks will be made within the next two months to decide whether treatment is necessary and if so someone will have to return in order to assist with this. The sisters have agreed on fulfilling this role when the time comes.

The women have been given the contact details of relevant governmental departments in order to pursue their queries further.