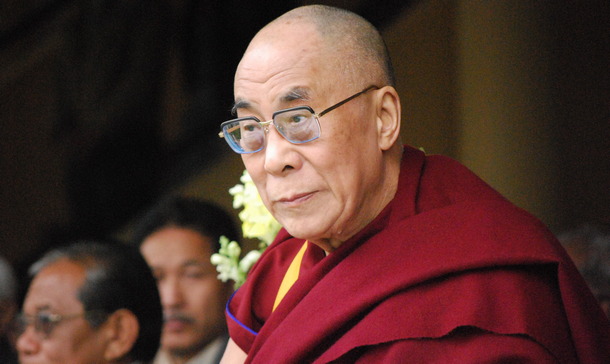 Dharamshala, India — His Holiness the Dalai Lama issued a firm statement Monday offered his special gratitude to the medical staff—doctors, nurses, and other support personnel—who are working on the frontline to save lives at great personal risk. He praised them saying "their service is indeed compassion in action."

He also praised the Indian government’s efforts to unite the South Asian Association for Regional Cooperation (Saarc) states to overcome the crisis.

The spiritual leader of Tibet issued a special message on the pandemic “in response to repeated requests from many people around the world”. “Today, we are passing through an exceptionally difficult time due to the outbreak of the coronavirus pandemic,” he said. “In addition to this, further problems confront humanity such as extreme climate change.”

He added, “No matter how difficult the situation may be, we should employ science and human ingenuity with determination and courage to overcome the problems that confront us. Faced with threats to our health and well-being, it is natural to feel anxiety and fear.”

He expressed his “admiration and gratitude to governments across the world, including the government of India, for the steps they are taking to meet these challenges”.

The Dalai Lama, 84- year old Nobel Peace Laureate, noted everyone is doing their best to contain the spread of Covid-19 and said India’s efforts to forge a coordinated approach among members of the South Asian Association for Regional Countries (Saarc) will serve as “a model for dealing with such crises in future”.

He said: “I applaud the concerted efforts of nations to limit the threat. In particular, I appreciate the initiative India has taken with other SAARC countries to set up an emergency fund and an electronic platform to exchange information, knowledge, and expertise to tackle the spread of Covid-19.”

The spiritual leader of Tibet said he took “great solace in the following wise advice to examine the problems before us: If there is something to be done—do it, without any need to worry; if there’s nothing to be done, worrying about it further will not help.”

His Holiness said in the special message: “Ancient Indian tradition describes the creation, abiding and destruction of worlds over time. Among the causes of such destruction are armed conflict and disease, which seems to accord with what we are experiencing today. However, despite the enormous challenges we face, living beings, including humans, have shown a remarkable ability to survive.”

While expressing understanding for lockdowns across the world, he said many people faced “tremendous hardship due to a loss of livelihood”.

“For those with no stable income life is a daily struggle for survival. I earnestly appeal to all concerned to do everything possible to care for the vulnerable members of our communities,” he said.

His Holiness the Dalai Lama also offered special gratitude to medical staff, doctors, nurses and other support personnel “working on the frontline to save lives at great personal risk”. He added, “Their service is indeed compassion in action.”

Tibetan spiritual leader concluded his message by saying: “With heartfelt feelings of concern for my brothers and sisters around the world who are passing through these difficult times, I pray for an early end to this pandemic so that your peace and happiness may soon be restored.”