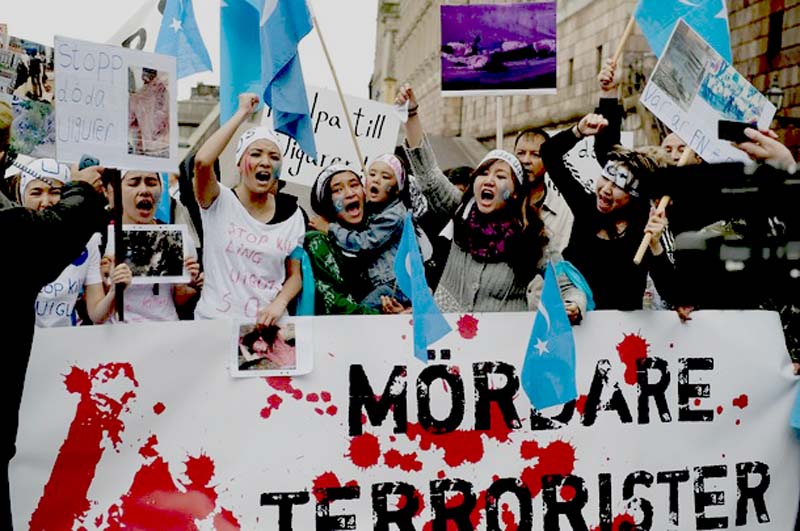 This week's G8 summit in Huntsville is a unique opportunity for world leaders to speak with a single, resolute voice in support of the Dalai Lama's effort to seek a negotiated settlement with the Chinese government; to push for broader and more meaningful human rights protection in Tibet and China; and to encourage sustainable development in the region.

While the challenges facing Tibetans are great, continued support from Canada and other G8 members for the Dalai Lama's Middle Way Approach has strengthened Tibetan resolve to work towards a mutually beneficial solution with the Chinese government that secures genuine autonomy for the Tibetan people within the Chinese constitution, based on the mutual benefit and long-term interest of the Tibetan and Chinese peoples.

Indeed, since 2008, seven members of the G8 have expressed support for the dialogue between the Chinese government and representatives of His Holiness the 14th Dalai Lama to resolve ongoing differences.

The cause of this peaceful struggle - the full expression of the Tibetan religious, cultural and linguistic identity within China - is internationally acknowledged as the only way to achieve stability across Tibet.

With this overwhelming backing, the G8 summit is truly the time to rally these voices into common cause to encourage the Chinese government to seize the chance to reach a peaceful solution to the Tibet issue.

In addition to advancing the dialogue, there are a number of other measures that can be pursued within the G8 context in order to provide tangible benefits for Tibetans.

Collective pressure encouraging reform to China's policies of economic development and social services in Tibet, and an offer of assistance in developing appropriate implementing strategies, could also do much to address legitimate Tibetan grievances and aid in alleviating Tibet's widespread poverty.

While the Chinese government has invested billions into development and subsidies in Tibet, few of these projects have raised the standard of living for most Tibetans. This is due to the nature of development projects in Tibet, which are often designed to benefit outside investors and migrants.

What is needed is meaningful consultation in which Tibetans are given the necessary information, including all assessment reports, to reach an informed opinion as to whether a project is in their best interests.

Consultations should engage all stakeholders. Citizens should be free to express their dissent free from coercion, and with the free, prior and informed consent to proceed resting with the Tibetan people themselves.

Also neglected in China's development plans for Tibet have been improvements in basic social services - most visible the lack of adequate and accessible healthcare. Healthcare costs are prohibitively expensive for most Tibetans. This is compounded by a lack of nurses and doctors capable of speaking Tibetan to their patients.

G8 members can respond by assisting in providing professional training for Tibetans in the healthcare field and pressing the Chinese government to subsidize healthcare costs.

Training for Tibetan professionals should include teacher training, but any investment in education in Tibet must be wedded to the broad-based strengthening of Tibetan rural communities, including the provision of local infrastructure such as electricity, running water, and telephone services.

Innovative education models have demonstrated that when a commitment to Tibetan cultural traditions and Tibetan language use exists, Tibetan parents and teachers will become motivated and students will perform well above expectation.

G8 leaders should urge China to undertake international assessments of changes in the Tibetan Plateau's ecosystems, water resources and land use policies; ensure the participation of Tibetans in decision-making and management of the area's natural resources; and encourage multilateral collaborative decision-making regarding the plateau's water resources, including all regional and local stakeholders.

It's time to move beyond the traditional statements of support for Tibet that countless countries have made in order to achieve real progress by making Tibet a substantive and results-oriented part of the peace and security agenda at the G8 to bring about lasting solutions to these issues upon which the very existence and identity of the Tibetan people depend.

Article by Dermod Travis, the executive director of the Canada Tibet Committee. www.tibet.ca