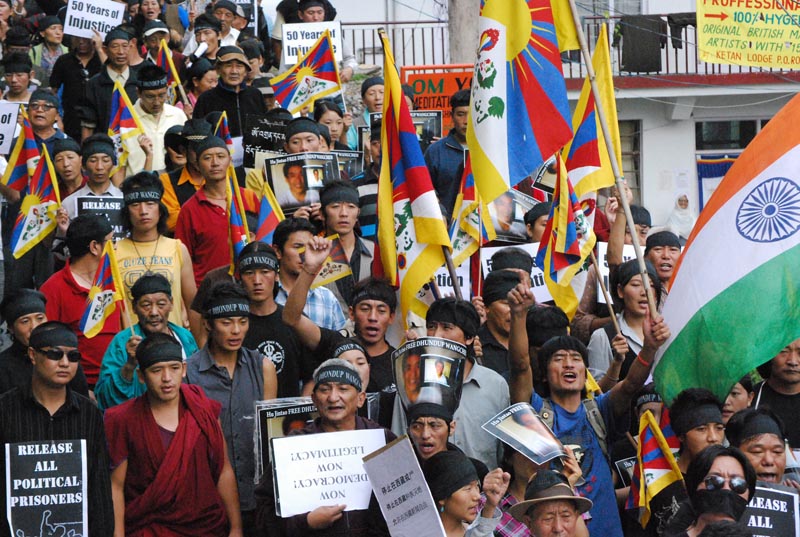 Geneva: The UN Human Rights Council began its 14th regular session in Geneva from 31 May and will continue until 18 June.

Several UN Special Procedure mandate holders presented their annual report to this Council for discussion. Among these reports, the Special Rapporteur on the independence of judges and lawyers [1], the Special Rapporteur on Freedom of Expression and Opinion [2]; and the Special Rapporteur on Extrajudicial, summary or arbitrary executions [3] reported cases of Tibetans who were arrested for exercising their freedom of speech, detained, given death sentences by the Chinese courts as well as the death of Mr. Phuntsok Rabgay, a 27-year-old monk, in Drango County, Garzê Tibetan Autonomous Prefecture, Sichuan Province.

While thanking the Chinese government for its response to the allegations, the Special Rapporteur on independence of judges and lawyers sought further clarification on when, and how often, the lawyers who defended them had the opportunity to meet with their clients ahead of the trials on 8 April 2009. The Special Rapporteur also sought further information from the government on the results of the investigations that were undertaken to determine if lawyers were prevented from defending the accused persons and information on the alleged intimidation of lawyers who volunteered to defend Tibetans criminally charged in relation to the incidents and reiterated that in all cases, and notably in capital punishment cases, there is an obligation to provide criminal defendants with a fair and public hearing before an independent and impartial tribunal.

Mr. Tenzin Samphel KAYTA, on behalf of Society for Threatened Peoples drew attention of the Council on the two Tibetans who had been sentenced recently to death with two years reprieve. He also informed the Council that Tibetan source has documented 394 Tibetans who were sentenced to varying prison terms since April 2008 by the Chinese court. He further questioned the independence of China's judiciary and judges saying the whole judiciary system's only objective is to protect the State's interests or the Communist Party.

He also referred to the case of Phurbu Tsering Rinpoche who was sentenced by the Chinese court without sufficient evidence, factual clarity or a fair trial. According to a public statement issued by the two Chinese lawyers of Phurbu Tsering Rinpoche: To charge that Living Buddha Buronglang has committed the crime of illegally possessing weapons and explosives and of occupying state property lacks factual clarity and sufficient evidence. Also, serious violations of the law occurred during the procedures of this case.

Countries who expressed concern over human rights situation in China are USA and European Union. US Delegate said, ethnic and religious minorities in Tibet and Xinjiang are subject to particularly onerous restrictions, including restraint on religious practice.[4]

Spanish delegate on behalf of European Union expressed concern about human rights situation in China and strongly condemned the increasing violence directed against persons belonging to religious and other minorities in various part of the world.

In its own capacity, German delegate said in China torture was still a used practice especially in detention.

Czech delegate also expressed concern about the ongoing restrictions on the freedom of expression in China, and it was alarming that 21 years after violent suppression of a movement of citizens peacefully demonstrating for a pluralistic system, Chinese citizens continued to be persecuted.

Before and during the course of the session, Mr. Tenzin KAYTA met some of the UN Special Rapporteurs, EU and US diplomats as well as many representatives of international NGOs seeking their support for Tibet.