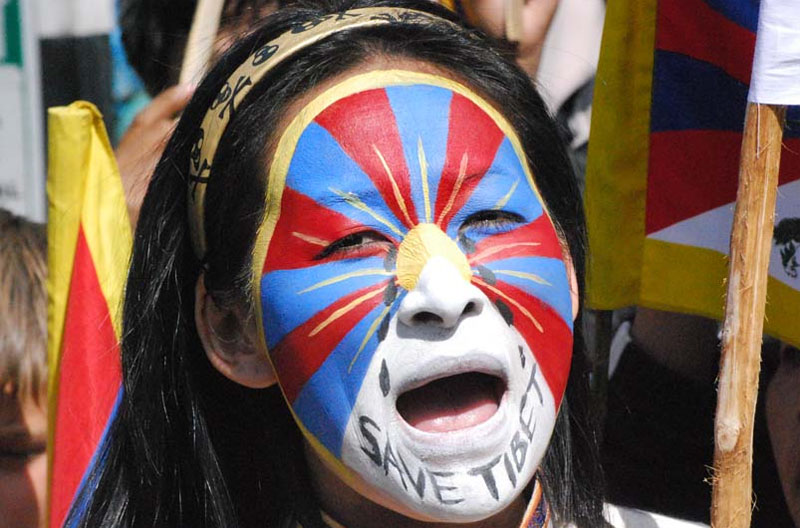 Dharamshala: November 25, 2009; In 1999, the United Nations decided to adopt this date, naming it the "International Day for the Elimination of Violence Against Women," calling upon the world's women's groups to use this day for both the perpetuation of women's local and global rights and the condemnation of the violence against them. Discrimination against women is not only injustice, but is also an obstacle to the achievement of equality, development and peace in the community in every country. Violence against women is an appalling human rights violation and this has and continues to be inevitable.

Tonight, here in Dharamsala, TWA has organized a Panel discussion that will entail a deliberation on and a discussion of the core issue of gender equality. A true analysis and a deeper reflection into the gender status in the Tibetan society in exile have been a contentious issue and hitherto an unbeaten issue. In taking the lead, TWA is initiating a discussion on the topic ‘Is Ours a Gender Equal Society'? Four esteemed and accomplished personalities; former Kalon and the founding president of TWA and the current executive director of Tibetan Nuns Project, Rinchen Khando Choegyal, Writer and Activist Tenzin Tsundue, Writer and Tibetan Researcher Lukar Jam and current member of Tibetan Parliament in exile and the president of TWA, Kirti Dolkar Lhamo will address this concern. The discussion which will be moderated by Gang Lhamo, reporter of Tibet Express will be followed by a questions answer session that seeks to encourage questions pertaining to the topic of discussion.

While TWA celebrate the rights of the women around the world, we call for the restoration of the rights for our Tibetan sisters in Tibet. The rights of the world's women are neither something that must be earned nor defended: these rights are inalienable; possessed by any and every human no matter her or his race, ethnicity, sex and age, physical or mental composition. And yet constantly we find these rights violated in the form of violence against the world's women. The United Nations General Assembly describes violence against women as "any act of gender based violence that results in, or is likely to result in, physical, psychological, or sexual harm or suffering to women, including threats of such acts, coercion or arbitrary deprivation of liberty, whether occurring in public or private life." This violence is characterized by a concentration on the victim's gender.

In Tibet this sort of violence is perpetrated against those pregnant mothers, forced to have abortions by the Chinese government, sometimes as late as seven or eight months into their term. The peace-loving Buddhist Nuns are tortured brutally, sexually. The violence against these women in turn denies their rights as human beings, most crucially: the right to life, the right to equality, the right to the highest standard attainable of physical and mental health, and the right not to be subjected to torture, or other cruel, inhuman, or degrading forms of treatment or punishment. The denial or suspension of these rights harms not only the victims of this violence, but hinders the greater project of global peace.

Such atrocities and violence impedes the in-prints of the Convention on the Elimination of All Forms of Discrimination against Women (CEDAW), especially Article 1 and 2 which China ratified in September 1980. It contradicts the Declaration of the Fourth World Conference on Women held in Beijing in 1995, which reiterated the right of women to determine freely matters relating to their choice of reproduction. This reveals China's lack of commitment to internationally recognized standards of women's human rights.

Though peace is built upon many things, a cornerstone of this goal is a consensus on the essential value of every human life. This value entails a profound respect for life: life of all kinds, shapes, and sizes. Those who have committed the acts of violence against women that we condemn tonight hinder this goal of peace through open disrespect for the intrinsic value of human life. The Tibetan Women's Association urges the government of People's Republic of China, the international bodies, the non-governmental organizations, and especially women's groups, to stand firm against this situation of Tibetan people particularly Tibetan women inside Tibet - and against all regimes in the world where women's bodies are ruled by the State.

TWA calls on women around the world to come together, as women of both local and global communities, to be the agents of change and to strive with an unfeigned fervor to end this violence with the collective assertion of our voices and actions. Let us work to turn the oppression into opportunity.

Tibetan Women's Association (TWA) has 49 regional chapters and over 15, 000 members outside Tibet. Today, TWA is the second largest Tibetan NGO and the only women's NGO in our exile that advocates human rights for Tibetan women in Tibet and empowerment of Tibetan women in exile, particularly the new refugee women from Tibet.