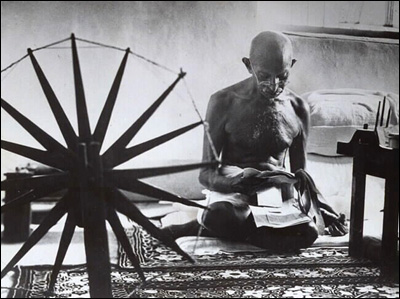 Dharamshala: A galaxy of luminaries and members of the public, who have devoted their lives to justice, freedom and non-violence, will take part in the centenary celebration of Mahatma Gandhi's Hind Swaraj in India's capital, New Delhi.

His Holiness the Dalai Lama will join the final day of the event, while Kalon Tripa Samdong Rinpoche, Prime Minister of the Tibetan Government-in-exile will attend the entire session from November 19 – 22 at Hotel Rajhans, Surajkund.

The conference will aim to highlight the efficacy and universality of Swaraj and methods of nonviolence. The concept of Swaraj means 'home rule', on which the Mahatma published a treatise in 1908, in the context of India's subjugation by the British Empire.

Participants at the event will draw up an action plan based on the wisdom of Hind Swaraj, and their own experiences and knowledge, to chart a paradigm for progress that individuals and societies can follow to tackle global violence and impending ecological disaster.

The action plan will be presented to His Holiness along with the request that he lead a global movement of non-violence, justice and peace.

The event has been organised by the New Delhi-based Swaraj Peeth Trust, in collaboration with the Central University of Higher Tibetan Studies, Varanasi.