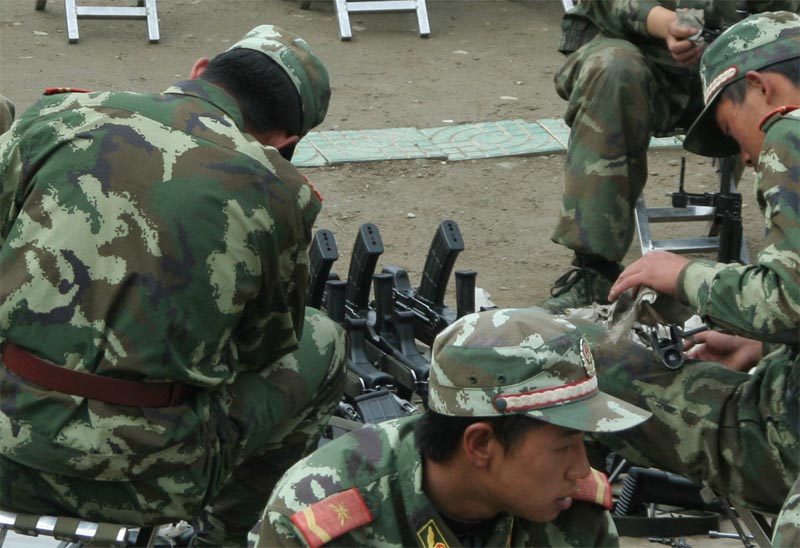 Dharamshala: The Chinese authorities in Tibet Autonomous Regions ( TAR ) has decided to launch a new Strike Hard campaign ahead of the 60th Anniversary of the National Day Celebration (starting 1 October) according to the official report posted on Xizang Re bao (Tibet Daily) dated 8 September 2009.

Since last year s major protests across the Tibetan areas, Chinese authorities have steadily stepped up repressive restrictions on the Tibetan people, with the increased presence of huge military forces that have consolidated greater control. This process will be accelerated by the launch of this Strike Hard campaign. According to the official newspaper the TAR Communist Party headed by TAR Party Secretary, Zhang Qingli held a video conference with the participation of other Party members, government officials and security forces of the region. The primary goal of the video conference was citied to be proper delegation of roles of the concerned officials at all levels to strengthen cooperation, work closely together to maintain stability in the region and to ensure the smooth operation of the National Day celebration.

Mr. Zhang lauded the Party members and security forces on the success in suppressing riots and securing stability post March 14, 2008 and to take heed from last year s success in putting more efforts in checking and defeating the Dalai clique and separatists forces outside .

Though the main objective of the Strike Hard campaign is cited as securing stability in the region ahead of the 60th National Day Celebration, the Tibetan Centre for Human Rights and Democracy (TCHRD) is deeply concern that under the guise of this campaign as they did in the past, State law enforcement agencies will abuse the fundamental human rights of the Tibetan people by enforcing to arbitrary arrest, detention, interrogation, the targeting and forced expulsion of former political prisoners from the capital prior to the anniversary. State agencies will also keep close surveillance on the monastic populations and impose restrictions on the movement of monks and nuns. TCHRD condemns the launch of "Strike Hard" campaign and questions the motive ahead of this major event.

The last Strike Hard campaign that took place for 42-days, was launched on 18 January 2009, during which a total of 5,766 Tibetan suspects were rounded up and questioned. No official figure has ever been released regarding the number of suspects released or detained so far.

"Strike Hard" (Ch: Yanda) campaign which was initiated in China in 1983 as an attempt to reduce crime and fight corruption within China, but which evolved into a political tool of oppression. In Tibet the campaign is implemented with the single aim to stifle political dissent.