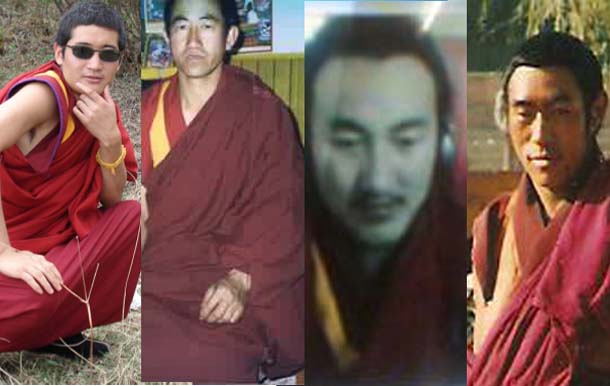 Dharamshala: According to a confirmed information received by the Tibetan Centre for Human Rights and Democracy (TCHRD), a Chinese court on 13 August 2009 in Golog "Tibetan Autonomous Prefecture" ("TAP") sentenced eight Tibetans to varying prison sentences.

Machen County People's Court found them guilty of inciting protests and demonstrations against the Chinese government following the suicide of Tashi Sangpo, who took his own life by drowning into Yellow River [Tib: Machu River] on 21 March 2009. The suicide of monk Tashi Sangpo was blamed for the prolong detention coupled with harsh beatings, inhumane torture and long interrogation he suffered at the local detention centre since his arrest on 10 March 2009. Subsequently, by late afternoon of 21 March 2009, few moments after the news of Tashi Sangpo's suicide, Ragya monks stormed the local Public Security Bureau (PSB) office to demand answer for Tashi Sangpo's death.

In response the Chinese authorities arrested many monks of Ragya Monastery and other ordinary Tibetans, of which eighth of them were tried by the People's Court of Machen County, Golog "TAP", Qingahi Province and sentenced to varying prison terms on 13 August 2009.

The eight indicted Tibetans were identified as:

2. Monk Tsultrim, a former disciplinarian of Ragya Monastery was given four years of rigorous imprisonment. He was also a former Chant master, well trained in performing ritual prayers and a scholar on vinaya teachings (monastic code of conduct).

3. Monk Sangpo was given three-year prison sentence. He was a former treasurer of Ragya Monastery.

4. Monk Jamyang Khedrub was sentenced to two-year prison term. He was the secretary of the Board of Directors of Ragya Monastery.

The Tibetan Centre for Human Rights and Democracy (TCHRD) expresses its serious concern over Chinese authorities' manhandling of the case and awarding lengthy prison sentences to what was a mere and ordinary exercise of the freedom of expression and opinion guaranteed by the Chinese Constitutions and other International Conventions to which China is a state party. In the light of this, the Centre urges the Chinese government to reverse the verdict imposed by Machen County People's Court and ensures fair and free trial to the eight Tibetans. The Centre appeals to the international community to intervene in the unfair sentencing of six Ragya monks and two Tibetans.