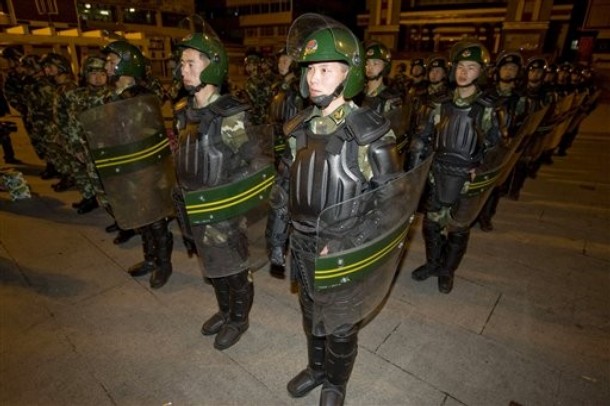 Dharamshala: A disciplinary head of Amdo Jachung Monastery in Bayen County, Tsoshar Prefecture, Qinghai Province has been expelled for failing to comply with the officials of "patriotic education" campaign, according to confirmed information received by the Tibetan Centre for Human Rights and Democracy (TCHRD).

On 27 June, a team of officials from Religious Affairs Bureau of Bayen (Ch: Hualong) Hui County under Tsoshar (Ch: Haidong) Prefecture, Qinghai Province and the County Public Security Bureau (PSB) officials arrived at Amdo Jachung Monastery to carry out "patriotic education" campaign now euphemistically called by the name of "Legal Education" session. According to source, the officials ordered the disciplinary head of Amdo Jachung Monastery, Lobsang Tsultrim, to call for monks to assemble for the "legal education" to be conducted in the monastery.

However, Lobsang Tsultrim after making formal announcement, not a single monk turned up for the "legal education" session. Subsequently, the officials put the blame squarely on the disciplinary head of the monastery lashing tirade for the lack of discipline in the monastery and failure to properly 'educate' the monks. Lobsang Tsultrim, a 36-year-old monk was later sacked from his position as disciplinary head, stripped of privileges entitled for religious heads and expelled from Amdo Jachung Monastery and ordered that he cannot join any other monasteries. Amdo Jachung Monastery house around 400 monks.

The "patriotic education" campaign which was launched since April 1996 across religious institutions in Tibet, requires monks and nuns to denounce their religious leader, oppose 'splittist' forces, study text materials and pledge their allegiance to the communist party, was responsible for a high number of monks' arrests, expulsions, deaths and even closure of monasteries for defying or challenging the official line. The campaign has been one of the primary obstacles or impediments for the normal practice of religious tradition and was responsible for the repression of religious freedom in Tibet.

Since the major protests erupted across Tibetan plateau last March, a renewed 'patriotic education' campaign was launched across every section of Tibetan communities with more rigor and intensity with new term of giving "legal education" to the monastic communities. The campaign which was earlier concentrated primarily in the monastic institutions, long considered as the bastions of political dissidence, was launched for government employees, security forces, farmers, nomads, private entrepreneurs and educational institutions. The "legal education" session was launched last year in Drepung Monastery on 11 April 2008 and later carried out in other monastic institutions.

The Tibetan Centre for Human Rights and Democracy (TCHRD) condemns in strongest term the expulsion of Lobsang Tsultrim and calls for the immediate end to the practice of conducting 'patriotic education' campaign or 'legal education' in Tibet and allows the normal religious practice to flourish in the monastic institutions.