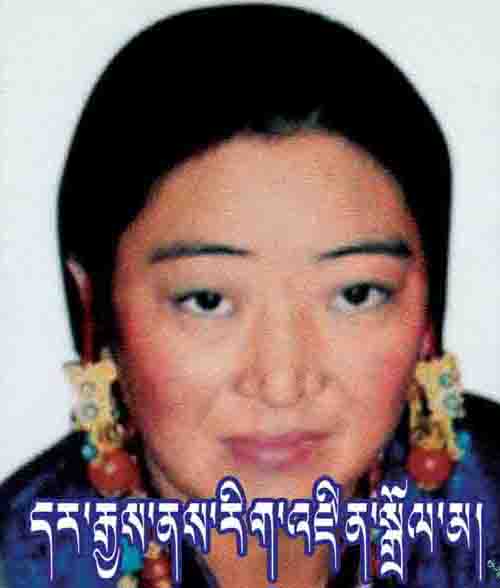 Dharamshala: A newly arrived Tibetan woman, Rigzin Dolma, from Karze County in eastern Tibet, talked about her participation in the peaceful protest on 18 March 2008 and Chinese crackdown. "They were beating people, killing them. I saw it," said Dolma.

"During the protest Chinese armed military and police personnel killed, by shooting, and tortured, by beating, many Tibetans. It was unbelievable, but They were beating people, killing them. I saw it. I became unconscious after being continuously beaten police batons. When I came to I realized I was lying in the mud and water with police walking over me so I immediately hid behind a vehicle. A Tibetan man came and placed his shirt over me.

I managed to escape after hiding from door-to-door and shop-to-shop but it was not easy. Every roadway and intersection was blocked by the Chinese military personals. My friends helped me by allowing me to carry their baby, some food and clothing to give the appearance I was a mother on a journey.

At Takchu Dhabchak bridge the police also held a check-point but did not ask me for my identity card so I managed to escape from the bridge to Serchu and Wosang villages. When I arrived at Dzakhok Monastery I heard that one monk was shot at by the Chinese so I realized I could not safely stay there so I continued my journey.

I remained hidden for one year in Rongpa Tsakha and Lingdhab villages. For safety reasons, I cannot name the families and villagers who I was hiding with.

After that, the situation became calmer and I secretly planned to escape to Lhasa, the capital of Tibet where I arrived on 10 October 2009. After hiding for eight days in Lhasa I managed to escape to Nepal and safely arrived in Dharamsala on 14 January 2010".

When the peaceful protest began, more and more people joined in and we shouted "His Holiness, the Dalai Lama return to Tibet!" and "We want minority rights and the release of the Panchen Lama" as we walked from Takchudhab to Kyabgon School. All Tibetans in the area joined in the protest but, as I said, after a half hour the Chinese military and police began their crackdown.