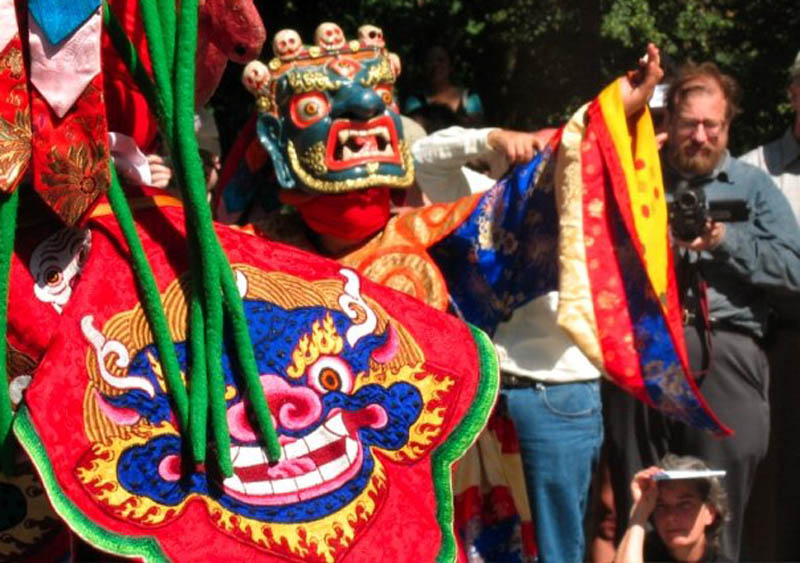 In the Shadow of Everest: Photographs by Tom Wool

In May 2001, photographer Tom Wool spent four weeks photographing life in the villages of Tibet’s Rongbuk Valley, an expanse of rugged terrain stretching fifty miles from the northern base of Mount Everest. Home to around 3000 Tibetans, this area is distinctly important to the indigenous population for its sacred geography and history. Believed to be the place where the earth touches the heavens, Mount Everest is called “Chomolungma” in Tibetan, meaning “Mother Goddess of the Earth.” This valley is also home to the Rongbuk Monastery, the highest of any in the world at 17,000 feet.  The exhibition will be opened for publich from February 26 – July 26, 2010.

Accompanied by two porters, yaks, and a tiny horse, Wool followed the route taken during the first British expeditions of this area. Wool quickly came to realize how little the Rongbuk Valley had changed since those early expeditions. His photographs epitomize the Valley’s harsh and remote terrain that has been marked only by mud brick homes, sparsely populated by Buddhist monks and yogis, and inhabited by yaks, sheep, and goats for centuries. However, Wool also documents, how this remote area saw the encroachment of modernity, when a road was created to bring the Beijing Olympics torch to Mount Everest.

As a whole, Wool’s sensitive photographs capture religious and village life, landscapes and domestic scenes, and even the contents of his guide’s pockets, forming an intimate glimpse into this isolated land.

The 40 x 40 inch gelatin silver prints will line the walls of the Rubin Museum, founded in 2004. “In the Shadow of Everest” marks the museum’s first showing of photographs of Tibet since its inaugural year.

Born in London in 1961, Tom Wool grew up in the Southern France and England. Wool began his career as a photographer's assistant in Italy, then went on to work as a fashion photographer for nearly two decades. During his travels as a commercial photographer, Wool was always fascinated by the people and environments he encountered, and this inspired him to turn to independent work. For the past eight years, Wool has focused on documenting humanitarian concerns, and has traveled extensively under the auspices of several NGOs.

The Rubin Museum holds one of the world’s most important collections of Himalayan art. Paintings, photographs, textiles, and sculpture are drawn from cultures that touch upon this mountain range—the largest in the world—that extends from Afghanistan to Burma and includes Tibet, Nepal, Northern India, Mongolia, and Bhutan. The larger Himalayan cultural sphere, determined by significant cultural exchange over millennia, extends to Iran, China, Central Asia, and Southeast Asia. The breathtaking Himalayas and their rich cultural legacy offer an uncommon opportunity for visual adventure and aesthetic discovery, and the RMA attempts to present that to the public.