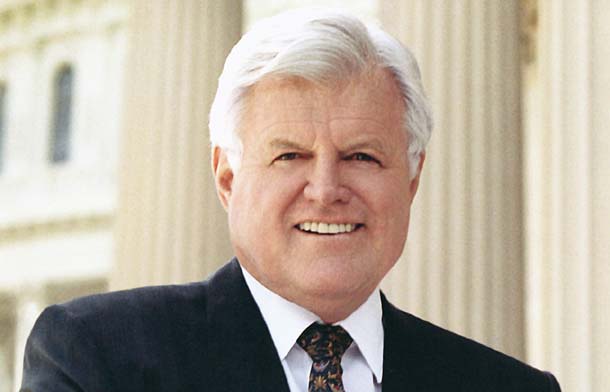 Dharamshala: U.S. Senator Edward Kennedy, the elder statesman of America's most famous political family, died on Tuesday at the age of 77, after a battle with brain cancer. He was the youngest brother of the beloved President John F. Kennedy, whose assassination traumatized Americans over 40 years ago. The legendary life of this Massachusetts-based Democratic legislator was marked by both tremendous achievement and great controversy.

Senator "Ted" Kennedy once stated, "I define American liberalism", and he was indeed a lifelong champion of liberal causes. Over the course of his Senate career, Kennedy sponsored legislation that revolutionized U.S. worker rights, education funding, foreign policy, and immigration law. His niece - President Kennedy's daughter, Caroline Kennedy - says that her uncle was an inspiration to her family. Many U.S. citizens, liberals and moderates alike, recognize Kennedy as a national political hero.

Members of the international community offer their final respects and condolences to the family of Senator Edward Kennedy on his passing. The world has lost this great person, and Tibetans have lost their faithful friend.

Senator Edward Kennedy was a long-standing and faithful friend of Tibet and the Tibetan people in the U.S. Congress. He was a great friend of His Holiness the Dalai and met with the Tibetan spiritual leader on numerous occasions, and championed the rights and democratic freedoms of the Tibetan people.

Senator Kennedy played a leading role in the 1990 legislation that brought 1,000 Tibetans to live in the United States, as a response to the Chinese-imposed martial law in Tibet and the Tiananmen Square massacre in the late 1980s. This initiative led to the creation of thriving Tibetan communities in many states, empowering these new Tibetan-Americans to both preserve their unique culture and share it with American society.

Tributes from world leaders highlighted Kennedy's dedication to human rights, peace, and other important issues, specifically his dedication to end apartheid in South Africa and achieve peace in Northern Ireland.