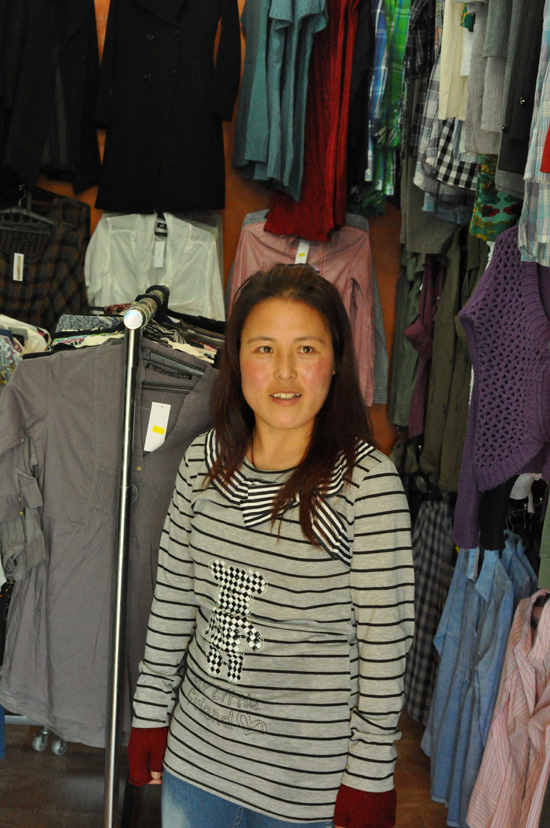 Dharamshala, India: - On Temple Road in McLeod, Dharamshala, on the way down to His Holiness the Dalai Lama temple, lies a clothing shop run by a woman from Tibet, 22-year-old Pema Tso.

Tso, who was sporting furry boots and a fitted one-piece dress on the day TPI interviewed her, is the one to go to for fashion advice in Dharamsala.

"I grew up in Tibet," she said. "My parents were farmers who grew vegetables, rice and barley. I did not go to school when I was in Tibet."

Tso came to Dharmshala in 2010 to receive His Holiness the Dalai Lama's blessing. She obtained a Chinese passport. "It is not very easy to get, but eventually I received it," she said.

Unlike the majority of Tibetans who make the ‘illegal' walk to Kathmandu in Nepal and register at the Tibetan Reception Centre there, Tso took a bus to the Tibetan capital Lhasa to receive her documents.

She works at the clothing shop seven days a week, from 9am to 7pm and, in her free time, studies English and IT.

The shop is owned by a Japanese woman, and stocks the latest fashions - from colorful scarves and dress shirts to one-piece dresses and pea coats in a modern east-Asian style.

Fashion is certainly on the agenda for young Tibetans in Dharmshala, where new trends in hair-styles and Western clothes continue to emerge.

However, Tso said she misses her family, who are still farming in Tibet, and is looking forward to seeing them next year.

"I hope to go back to Tibet and open up my own clothing shop," she said. "I have learned a lot about the business working here."

"In Tibet, we are hoping that the Dalai Lama will be able to come back to Tibet one day," she said.

Regarding Tibet's future, Tso remains optimistic that things will work out for the best, saying Tibetans rest their hopes in His Holiness the Dalai Lama, and Dr Lobsang Sangay, the new Kalon Tripa (political leader) of the Central Tibetan Administration in exile.