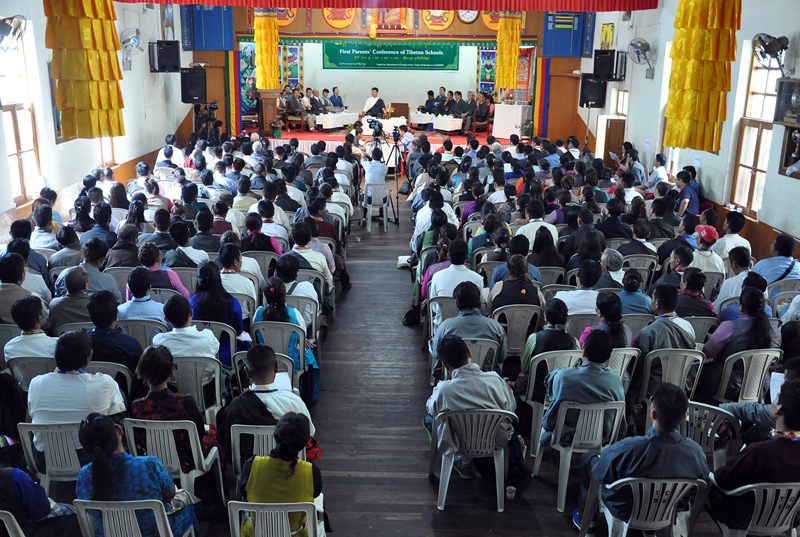 Dharamshala — The Tibetan political leader, Sikyong Dr Lobsang Sangay said the Central Tibetan Administration (CTA) has increased from 135 scholarships to 600 this year and nurturing at least "500 professionals" annually, while recognising "Education" as one of his top priorities.

Speaking at the inauguration of the First Parents' Conference of Tibetan Schools in Dharamshala, India, Sikyong underlined the need to invest on education and parental role for the overall growth of children.

The three-day conference is being organised by the Department of Education (DoE) at Lower TCV school.

"A decade ago, 135 Tibetan students have received "Sherig Scholarships," Sikyong said, adding that "it has now increased to 600 awardees this year."

Recalling a promise he made in 2011 to produce 10 thousand professionals in the next 20 years," Sikyong added, saying that he has been reasonably fulfilling his promise by nurturing at least "500 professionals annually."

Sikyong said the education department has been able to provide every year 600 Sherig scholarships, of which 300 awardees are pursuing professional studies under DoE's programme, 200 students under TCV and Tibetan Homes Foundation, Mussoorie, and many professional students based in overseas countries.

Sikyong said that Tibetan students must put extra effort in their studies in view of the enormous challenges in terms of human resource faced by Tibetans vis a vis China.

Taking note of such colossal difference in manpower, the Tibetan political leader emphasized that the purpose of Tibetan students' education is not merely for one's own prosperity and success in life.

"The responsibility of educating the minds of our youth doesn't rely solely on the teachers. Instead, cooperative involvement from the administration and the active involvement of parents are equally important," he added.

"For an overall growth of children, parents must compliment to the efforts put forward by the teachers and the children themselves," Sikyong stressed, also emphasized that "the parents should act as role models for their children."

Addressing the gathering, Education Kalon Mr Ngodup Tsering called for parental responsibility and support to have proper education of children.

Mr Tsering said that to excel in academic education, children, teachers, administration and the parents must work in unison.

"Children should have learning-friendly environment both at school and home. It is very essential that parents should know that their thoughts and behavior leave great impact on the upbringing of their children," he added.

"Highlighting the progressive result of class XII board exam, he said that 218 Tibetan students in 2011have scored more than 75%, which later increased to 283 in 2013, and 321 in 2014. 443 Tibetan students scored above 75% this year, which shows 250% increase within these four years. The current graph is good but we still have room for improvement," he said.

Around 250 parents from 43 Tibetan settlements across India are participating in the conference. The president of TCV, directors of Sambhota and Mussoorie are among the attendees. It is funded by Department of Foreign Affairs, Trade and Development (Canada).