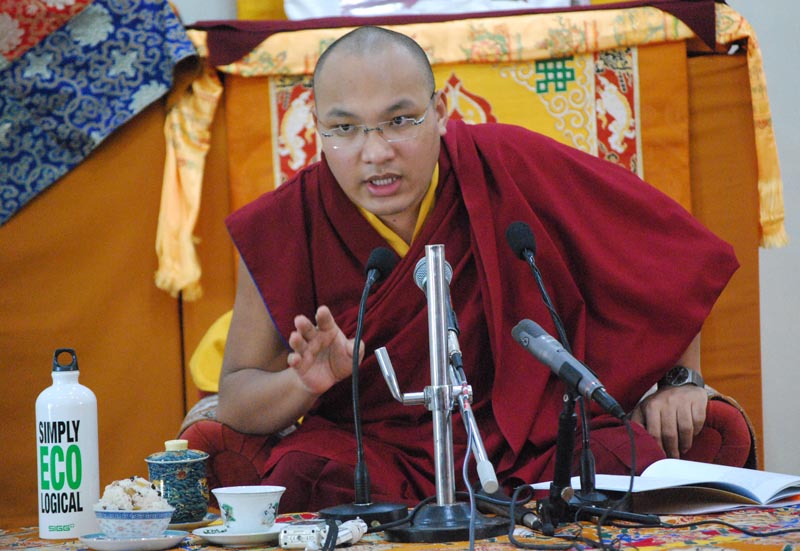 Dharamshala: Over 4,600 events were held in more than 177 countries today marking the International Day of Climate Action sponsored by the US-based NGO 350.org, one of which took place at the Tibetan Children's Village (TCV) in McLeod Ganj, Dharamsala. The event coincided with TCV's 49th anniversary, and was co-sponsored by the Environmental and Development Desk (EED) of the Department of International Relations and the Clean Upper Dharamsala Project (CUDP) of the Tibetan Settlement Office and Tesi Environmental Awareness Movement. It consisted of a panel discussion, photo exhibition, film screening, and signature campaign.

The highlight of the event, however, was the keynote speech by His Eminence the 17th Karmapa Lama, addressing the impact of climate change on the Himalayan region. He spoke about how humans are dependent on other elements in our environment, "Even the oxygen which is essential for our existence is taken from plants - we cannot produce it ourselves. Because of this interdependence, our single actions and wrongdoings can affect the world," and went on to mention how many of the "natural disasters" of the past decade have been manmade in origin. "I take this as an example of cause and effect," which, he said, is an important concept in Buddhism. 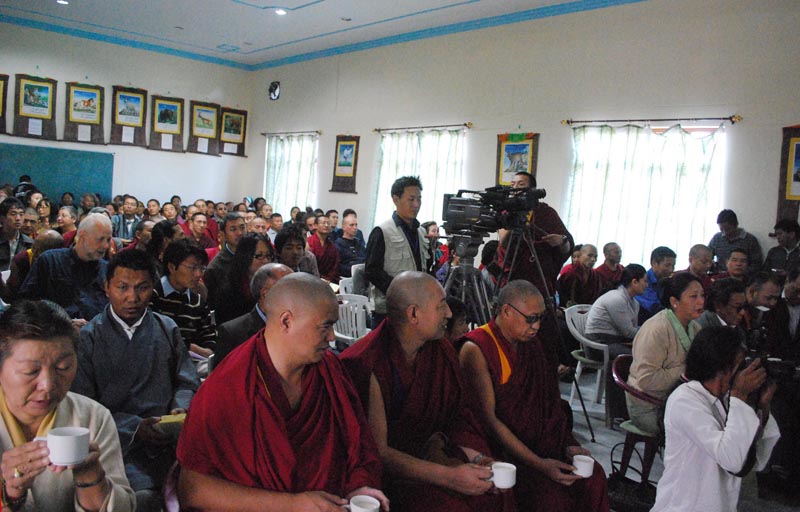 His Eminence discussed how environmental protection is specifically emphasized in Buddhist texts, and talked about how clean drinking water, effective waste management, and animal protection are essential components of a balanced ecosystem. "We all have the good wish to bring happiness to others and eliminate the causes of suffering in our hearts, however, it is not enough to wish others well, we must put this wish into action...We need to create a world where all living things can live in harmony and happiness."

350.org aims to bring awareness to the concentration of carbon dioxide in the atmosphere. Scientists agree that 350 parts per million (ppm) is a safe upper limit, however the concentration currently stands at 387 ppm. Among other destructive environmental consequences, carbon dioxide is responsible for global warming. The Tibetan plateau is already experiencing the effects of this in the form of glacial retreat, permafrost degradation, desertification of grasslands, and shrinking lakes.