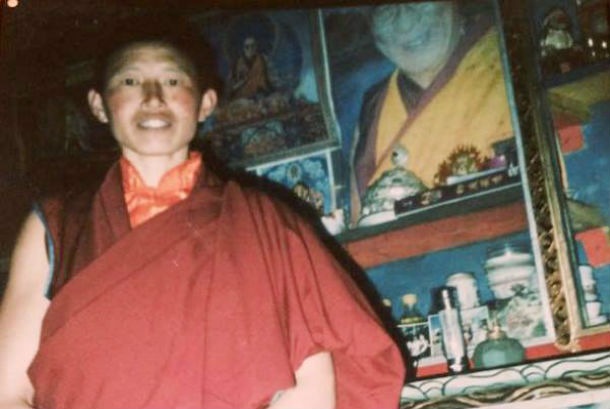 Dharamshala — Sources coming out of Tibet say a Tibetan Buddhist nun reportedly died on Wednesday, April 8, after setting himself on fire in an apparent political protest against the Chinese hard-line policies in Tibet.

"The woman, identified as Yeshe Khado, a 47-year-old Tibetan nun from Nganggang Nunnery in Draggo County self-immolated in an apparent protest against the Chinese government's continuing repressive policies in Tibet," Mr Karma, a Tibetan living in Australia told the Tibet Post International on Friday.

Khado also shouted slogans such as Human Rights in Tibet", according to another source with close contacts in Tibet.

Khado, a native of the Tehor Dragsur village, Draggo County, eastern Tibet, was held in high esteem by the local Tibetans for his loyalty towards the preservation of Tibetan culture and religion. "Just few hours before of her self-immolation protest, locals saw Khado of walking clockwise around the outside of the Karze Monastery," he added.

"Police have immediately taken away the charred body despite protests from the local Tibetans who appealed to the police to hand over the body to the family," sources said. This is the second self-immolation that took place in Tibet this year.

Her mother passed away and father’s name is Dragsurtasng Sherab. "The Tibetan nun who had been in retreat for a long time, sources said, adding she was very seriously injured and might not survive."

"The Chinese authorities did not return her body to the family, who are under close surveillance. A traditional prayer service held at Khado’s home day after she self-immolated," sources added.

This incident brought the total verified number of self-immolations in Tibet to 137 since February, 2009 and and of them 118 were reportedly passed-away due to their severe injuries.