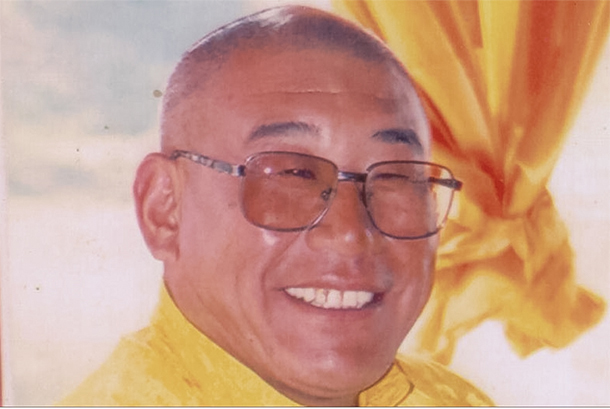 Dharamshala: - Trulku Phurbu Tsering Rinpoche, a senior Buddhist figure from Karze County in eastern Tibet, has been found recently in serious condition at a Chinese prison. India based Tibetan rights group is gravely concerned about his well being,' and says 'the actual cause of his imprisonment remains unclear.'

An eyewitness who says he saw the 57-year-old Tibetan monk, whose religious name is Lobsang Tenzin Yeshe Trinley by chance early this month while visiting another prisoner at Mianyang Prison, located about two hours from Chengdu city. "At first I couldn't recognize him as he had become so weak, almost emaciated," said the source. "It looks like he is not being treated well in prison."

The source said that local Tibetans have expressed deep concern and anxiety over Rinpoche's deteriorating health, which they believe is caused by the severe condition he is subjected to in prison.

The Tibetan monk came under the surveillance of the Chinese police in May 2008, when he was suspected of having links with a peaceful protest march conducted by more than 80 nuns of Pangrina Nunnery on 14 May 2008 in Su-ngo Township in Karze County.

The nuns were protesting the implementation of the 'patriotic education' campaign at their nunnery. Following the protest, 55 nuns were arrested. Many were severely beaten by the security forces before being bundled away in military trucks.

Four days later, on 18 May 2008, at about 4.30 am (Beijing Standard Time), the Chinese security officers surrounded his residence and arrested Rinpoche without giving any reason. He was 53 at the time. For several months he disappeared and nobody knew how he was being treated, where he was being held, or why he had been arrested.

At the same time, more than 2000 Chinese security forces launched a crackdown on Ya-tseg Nunnery and Pangrina Nunnery, subjecting the nuns to severe restrictions and control. He was the chief spiritual preceptor and the head of Pangrina and Ya-tseg nunneries located in Karze.

Information about Rinpoche only became available on 23 December 2009, when an Intermediate People's Court at Dartsedo (Ch: Kangding) County sentenced him to eight years and six months for possession of weapons. However, Li Fangping and Jiang Tianyong, two prominent Chinese civil rights lawyers who defended Rinpoche had said that serious violations of Chinese law occurred during his case and that the charges against him "lack factual clarity and sufficient evidence".

Li Fangping told the Associated Press that Rinpoche was framed. During his disappearance, Rinpoche was reportedly tortured for four days and nights and forced into making a confession during interrogation. Police even threatened his wife and son of detention if he did not comply.

"Chinese authorities accused Rinpoche of indulging in separatist activities, when he led the monks and nuns of Yatseg Nunnery and Pangri-na Nunnery organize a life-long prayer ceremony (Tib: Tenshug) for His Holiness the Dalai Lama in 2002. The nuns moreover opposed the 'patriotic education' campaigns conducted in their nunnery, refusing to sign on the documents condemning His Holiness the Dalai Lama," said the source.

Tibetan Centre for Human Rights & Democracy TCHRD based in India called on Chinese government to release prisoner Phurbu Tsering from Mianyang Chinese prison after his health condition seriously deteriorated as a result of his exposure to severe torture.

The group said that 'the actual cause of his imprisonment remains unclear, however, sources inside Tibet say that the arrest may have had to do with his unwavering faith in His Holiness the Dalai Lama.'

Phurbu Tsering Rinpoche was born on 2 January 1957 to Tsewang Dargye and Yangchen Lhamo at Chigring Village of Serkhar Township in Kardze County, the area known to Tibetans as Kham Tehor (Chinese: Ganzi, Tibetan Autonomous Prefecture, Sichuan Province). He is the patron of Pangrina and Yatseg nunneries, which house 100 and 60 nuns respectively. Rinpoche was also engaged in charity works such as building old people's homes and hospitals for local Tibetan population in Karze. His unwavering faith in His Holiness the Dalai Lama coupled with his charity work earned him much appreciation and praise from the local Tibetan community.