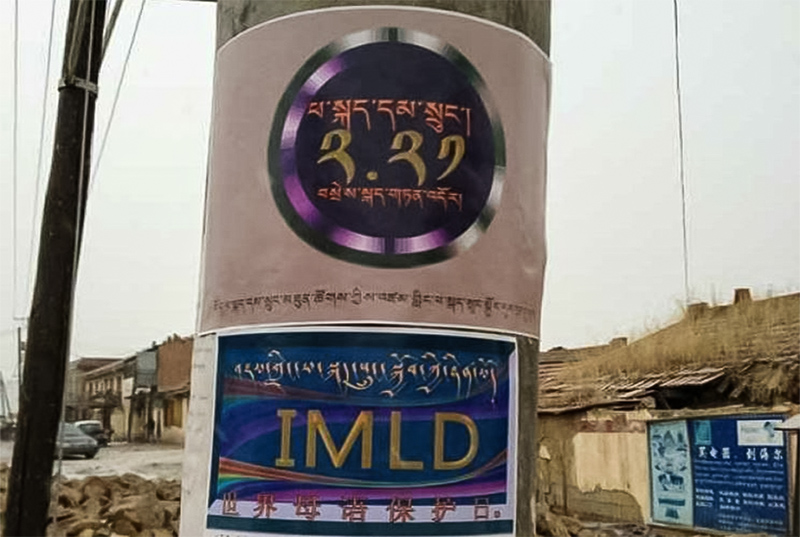 Dharamshala: - Sources coming out of Tibet say, Chinese authorities in Tibet have blocked planned event by Tibetans to observe the 15th International Mother Language Day, as China continues to crackdown on public assertions of Tibetan cultural and national identity.

The 21st of February is International Mother Language Day. UNESCO established this day in 1999 to promote linguistic and cultural diversity, as well as multilingualism.

'The special event calling for participants to 'speak pure Tibetan without mixing other languages, including Chinese' was scheduled for February 21 to promote Tibetan linguistic and cultural diversity,' Choeyang Dakpa added.

"The Chinese authorities in the area called event organizers; Drime and Lodoe Gyaltsen just after the event preparation and announcement were already being made," sources said.

"Unfortunately the authorities ordered them to cancel the event, saying the event was politically motivated," he said.

"The authorities also warned them of "serious consequences" if they went ahead with the plan," the monk said.

"They told organizers that the Tibetan words containing banner that can be a politically sensitive and express opposition to the Chinese government," Choeyang Dakpa further added.

His Holiness the Dalai Lama has told the international community repeatedly that: Whether the Chinese government there admits or not, there is a problem. There is an ancient cultural heritage that is facing serious danger. "Whether intentionally or unintentionally, some kind of cultural genocide is taking place."