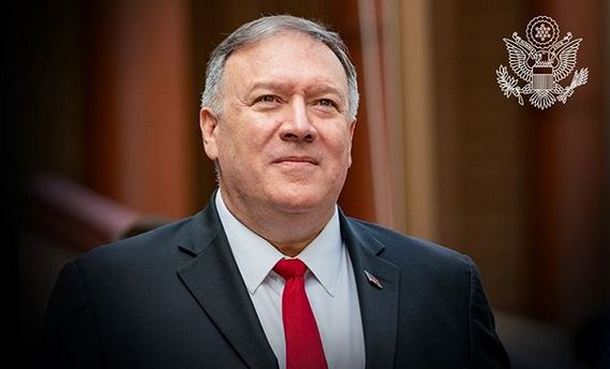 Washington DC — World’s worst human rights abusers such as totalitarian China and other authoritarian regimes were elected to United Nations Human Rights Council despite a record of Human Rights atrocities in decades. The decision to accept the totalitarian communist regime of China into a membership position in a UN body that supposedly values the protection and promotion of human rights is unacceptable, and it has been met with much immediate criticism.

On the same day as the vote took place, United States Secretary of State Mike Pompeo released a statement titled “On the UN Human Rights Council’s Embrace of Authoritarian Regimes.”

"In 2018, President Donald Trump withdrew the United States from the United Nations Human Rights Council due to its well-established pattern of anti-Israel bias and membership rules that allow the election of the world’s worst human rights abusers to seats on the Council," the statement reads.

"Prior to making this decision, and after our exit, the United States has urged UN member states to take immediate action to reform the Council before it became irreparable. Unfortunately, those calls went unheeded, and today the UN General Assembly once again elected countries with abhorrent human rights records, including China, Russia, and Cuba. Venezuela was elected in 2019," Secretary Pompeo said.

U.S. Department of State said that "these elections only further validate the U.S. decision to withdraw and use other venues and opportunities to protect and promote universal human rights. For example, in September of this year, the United States hosted a landmark side event during the UN General Assembly’s high-level week centered on the continuing significance of the Universal Declaration of Human Rights. Last year, President Trump hosted a landmark event on religious freedom."

"The United States’ commitment to human rights consists of far more than just words. Through the State Department’s action, we have punished human rights abusers in Xinjiang, Myanmar, Iran, and elsewhere. Our commitments are spelled out clearly in the UN’s Declaration, and in our record of action. The United States is a force for good in the world, and always will be," Secretary Pompeo added.

Not only is China systematically persecuting Uyghurs in East Turkistan, Tibetans in Tibet, and Mongolians in Southern Mongolia, but nearly every religious community in China has come under extreme suppression and violations of religious freedom. People in the occupied territories are routinely surveilled, falsely accused of religious extremism, and detained in concentration camps for months or years on end, while their children are shipped off to state-run schools for political and atheist indoctrination.

Tibetan Buddhists and Uighur Muslims face government control of nearly every aspect of their lives and, are targeted for enforced disappearances, arbitrary and prolonged detention, physical abuse and torture, and other egregious human rights and religious freedom violations. Chinese Christians are surveilled by neighborhood monitors, have their house churches forcibly shut down or demolished and their religious materials confiscated, and are imprisoned for ‘conducting illegal business operations.’ Falun Gong practitioners are rounded up, transported to undisclosed locations, and undergo forced organ harvesting.