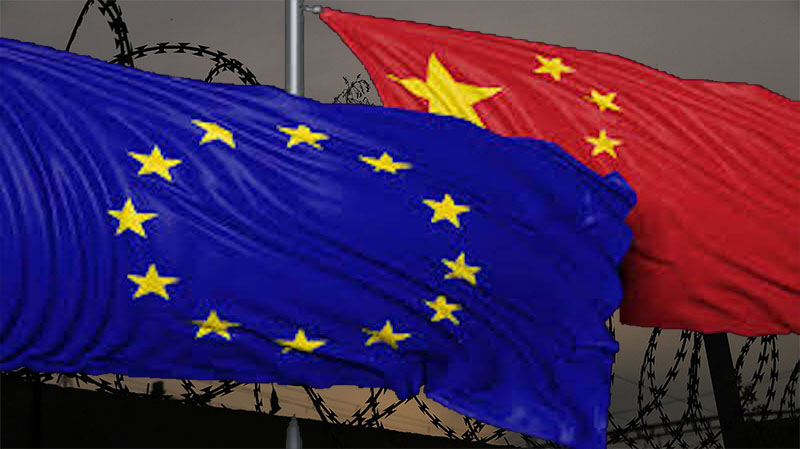 Brussels – As the European Union prepares to hold its annual summit with China next week, the International Campaign for Tibet (ICT) urges the EU leaders to use this opportunity to demand concrete improvements on human rights in Tibet and to reiterate at the highest level their call for reciprocal access to Tibet.

This year’s EU-China Summit, initially scheduled for March, was postponed due to the COVID-19 pandemic and will take place June 22 via videoconference, High Representative of the Union for Foreign Affairs and Security Policy Josep Borrell announced Monday," the ICT said in a statement, issued on June 18, 2020.

“This summit represents an opportunity for the EU to show it is serious about standing up to China, not only when it comes to defending its own interests but also when it comes to promoting the values on which it is founded,” ICT’s EU Policy Director Vincent Metten said. “During this meeting, it is crucial that EU leaders challenge China more forcefully on its human rights record, including by demanding an end to its repression against the Tibetan people and insisting on the EU’s previous call for China to allow free access to Tibet for European journalists, diplomats, parliamentarians and citizens, based on the principle of reciprocity.”

In the last few months, and in particular, since the COVID-19 crisis started, the EU has shown a more confident attitude in pushing back against China’s disinformation and ‘divide and conquer attitude in Europe. On June 10, in communication on “Tackling COVID-19 disinformation,” Borrell and European Commission Vice President Věra Jourová named and shamed China for its role in propagating coronavirus-related fake news.

In a recent contribution in several newspapers, Borrell also argued that EU-China relations were undergoing change and that the focus of the relationship should be on “trust, transparency and reciprocity.” Germany, which is preparing to take up the rotating Presidency of the Council of the EU from July 1, also reportedly signalled it will push for a tougher EU line toward China, adding language to a draft document that would see stronger demand for “reciprocity” and a new emphasis on “values.” ICT hopes this will also apply to human rights and Tibet.

A week ahead of the summit, 21 members of the European Parliament and 36 members of National Parliaments from 19 European countries published an opinion piece in several European media outlets calling on EU member states and the EU to pass their own versions of the US Reciprocal Access to Tibet Act to send Beijing a message that its unfair treatment of Europeans—as well as its isolation of the Tibetan people—is no longer acceptable.

The human rights situation in Tibet remains deeply concerning as China has strengthened its repressive policies. Tibet has effectively been turned into a police state, with control and surveillance measures developed there now replicated in Xinjiang, the region where China has reportedly detained more than 1 million Uyghurs and other Muslims in mass internment camps. As Beijing has blocked access to Tibet, the situation on the ground in Tibet has become a muted crisis. At stake is the survival of Tibetan culture, language and religion and eventually of Tibetans as a distinct people altogether.

The ICT is a non-profit advocacy group working to promote democratic freedoms for Tibetans, ensure their human rights, and protect Tibetan culture and the environment.