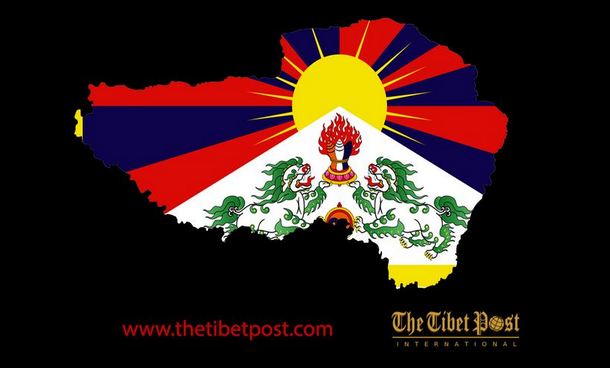 Washington, D.C. – Freedom House lists Tibet as the second least free country in the world after Syria for the 5th consecutive years. The Freedom watchdog says the Communist-authoritarian regime's pressure on civil liberties intensified over the past year when censorship and surveillance reached “new extremes”.

The report labeled Tibet being the least free nation only second to Syria again. This doesn’t come off as a surprise for many with the Chinese government’s brutal restrictions imposed on Tibetans depriving them of their basic Human Rights.

The report listed Syria as the least free country followed by Tibet, Turkmenistan, South Sudan, and North Korea. The countries and territories are assigned a score of between zero to 100 where zero indicates least free and 100 indicate most free. The score received by each country is on the basis of political rights and civil liberties.

Tibet scored -2 out 40 for political rights and 3 out of 60 for civil liberties. Scoring 1 out of 100 in total. China is one of 11 countries that Freedom House report listed for evidence of ethnic cleansing and China is also ranked as one of the 15 worst performing countries in Freedom House’s report freedom in the World 2020.

The Freedom House report mentions the inhuman campaign of cultural cleansing in Xijiang, suppression, and oppression of other ethnic and religious minorities. Torturing of Tibetans, Uyghurs and other Muslim minorities through ‘Ideological re-education sessions or detained for forced indoctrination.

China’s harsh policies on the minorities, all these contributed to its ranking in the 15 worst performing nations of the world. Freedom House reportedly conveys that ethic, religious and other minority groups have borne the abuses of government both in democracies and authoritarian states making it extremely hostile to demand fresh and better governance.

According to a new report from a democracy watchdog organisation, the Communist-authoritarian regime's pressure on civil liberties intensified over the past year, when censorship and surveillance reached “new extremes”, independence in academia hit “new lows”, and repression of religious and ethnic minorities did not relent.

The 2020 report also said that 2019 was the 14th consecutive year of deteriorating political rights and freedoms – notably in China – despite the rise of mass protest movements worldwide, including anti-government demonstrations in Hong Kong that called for greater political autonomy from China.

The Freedom watchdog's annual assessment of global freedoms, which began in 1973, highlighted increasing repression by the ruling Chinese Communist Party (CCP), including the use of artificial intelligence and facial recognition in surveillance, and continued persecution of ethnic Muslim minorities in Xinjiang Uygur autonomous region, where at least a million people were estimated to have been held in what the government called re-education camps.