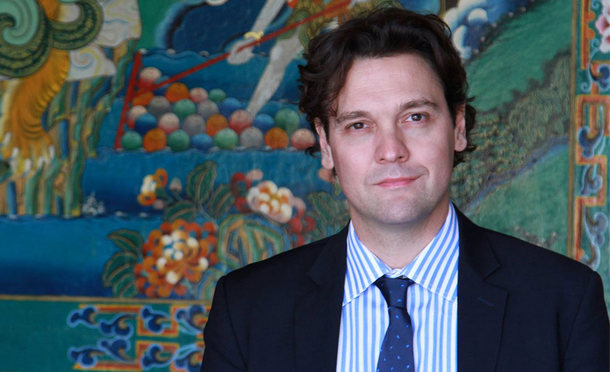 Washington DC — The Washington-based advocacy group "International Campaign for Tibet" (ICT) has welcomed the new Tibet bill which has been introduced in the US Congress, if passed will require Chinese officials who attempt to interfere in the reincarnation system of Tibet to be subjected to targeted sanctions.

The bipartisan Tibetan Policy and Support Act of 2019— was introduced in the House on September 13, 2019, by Rep. James McGovern (D-Mass.), chairman of the U.S. Congressional-Executive Commission on China, and will soon be introduced in the Senate by the commission’s Co-Chair Sen. Marco Rubio (R-Fla.) and others.

ICT President Matteo Mecacci issued a statement on September 16, calling China’s claim of authority over the selection process part of a long-term strategy “to legitimize its rule in Tibet and gain soft power over Buddhist practitioners worldwide.”

“For many years, the Chinese Communist Party’s long-term strategy has been to control the eventual reincarnation of the Dalai Lama in order to try to legitimize its rule in Tibet and to gain soft power over Buddhist practitioners worldwide," Mecacci said.

He continued that "This new bill from Rep. McGovern and Sen. Rubio recognizes that the Dalai Lama’s succession is essential to the Tibetan people, represents a key test for the respect of religious freedom worldwide and is therefore vital to US national interests."

"As China continues its efforts to overtake the free world in global power and influence through its authoritarian model of development, this bill stands up against Beijing’s hostility and repression and rightly affirms Tibetan Buddhists’ universal right to select and venerate their religious leaders free from government interference," Mecacci further said.

"Furthermore, the bill introduces new key provisions aimed at protecting Tibet’s environment and rivers—whose water serves more than a billion people across Asia—at monitoring US businesses’ operations in Tibet to protect Tibetans’ rights, and at blocking any new Chinese consulate in the US until a US consulate is allowed to be opened in Lhasa," the statement said.

It stated that "The swift approval of the bill by the US Congress will show the Chinese government that the US considers Tibet part of its national security interest and that only a political solution that would grant Tibetans genuine autonomy could resolve this decades-long conflict.”

For more than 30 years, ICT said it has served the vision of His Holiness the Dalai Lama and the people of Tibet. "As the largest Tibet support group in the world, we help Tibetans in their peaceful struggle for democracy and human rights and seek to preserve Tibet’s ancient culture of wisdom."