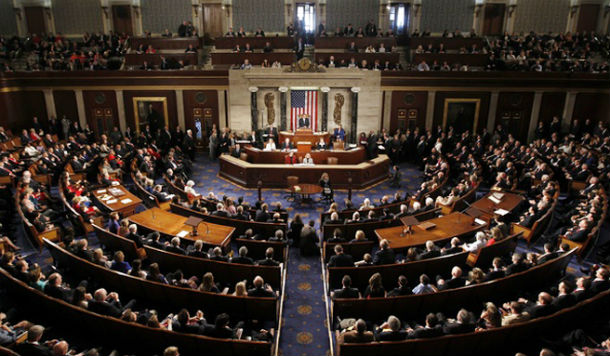 Dharamshala — In a first, the United States Senate unanimously passed a resolution calling any interference by China in the religious process of choosing religious leaders within Tibetan Buddhism 'invalid'.

The resolution was introduced by Senator Patrick Leahy on behalf of Senator Feinstein, Senator Cruz, and Senator Rubio. The resolution reiterated His Holiness the 14th Dalai Lama’s declaration in 2011 that the responsibility for identifying a future 15th Dalai Lama rests solely with the officials of his private office; anyone recognized through illegitimate methods or for political reasons should not be accepted.

The resolution states, "In its 2017 annual report, the United States Commission on International Religious Freedom noted that '[t]he Chinese government claims the power to select the next Dalai Lama with the help of a law that grants the government authority over reincarnations,' which purports to require all Tibetan Buddhist leaders to obtain the approval of the Government of the People's Republic of China in order to reincarnate...

"The Government of the People's Republic of China has interfered in the identification and installation of reincarnated leaders of Tibetan Buddhism, as part of its efforts to maintain control over Tibet, including in 1995 arbitrarily detaining the recently identified 11th Panchen Lama, then a 6-year-old boy, and purporting to install China’s own candidate as Panchen Lama. "In 2011, the 14th Dalai Lama declared that the responsibility for identifying a future 15th Dalai Lama will rest with officials of the Dalai Lama’s private office and that 'apart from the reincarnation recognized through such legitimate methods, no recognition or acceptance should be given to a candidate chosen for political ends by anyone, including those in the People’s Republic of China'."

Expressing his thanks to the US Senate, Tibetan President Dr Lobsang Sangay said, “This resolution stands up for the Tibetan people’s inalienable rights and opposes any attempt by external actors, specifically the People’s Republic of China, to interfere in the reincarnation selection process. The unanimous support from the US Senate sends a powerful message to the international community and to China in particular. It sets a precedent for other nations to follow.”

In addition to affirming the US Senate’s support for the Tibetan people’s fundamental human rights and freedom, the resolution called on the US Ambassador to the PRC to meet with the 11th Panchen Lama, Gedhun Choekyi Nyima, who was disappeared nearly 23 years ago along with his family.