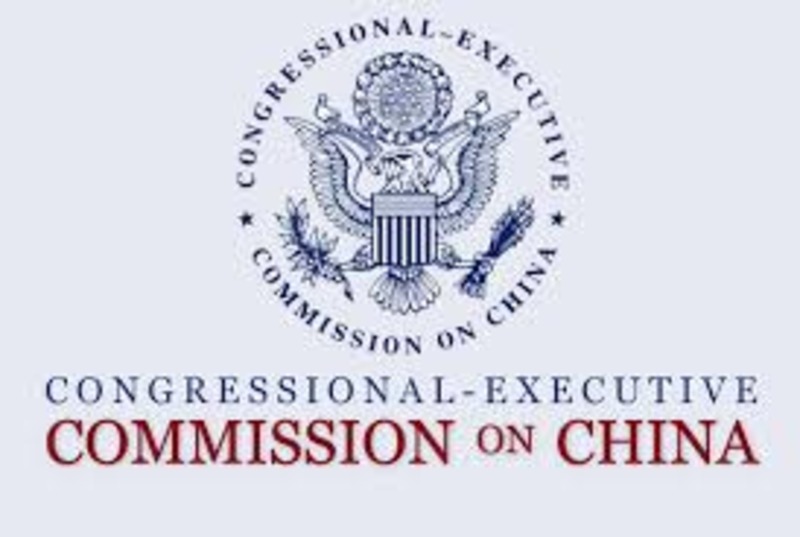 The US Congressional-Executive Commission on China. Photo: file

Dharamshala — Dhondup Wangchen was one of three to testify before the United States Congress on February 14, in a hearing titled, Tibet 'From All Angles': Protecting Human Rights, Defending Strategic Access, and Challenging China’s Export of Censorship Globally.

The press briefing from the congressional hearing read, "Tibet remains one of the most sensitive issues in U.S.-China relations. Inside the Tibet Autonomous Region (TAR) and Tibetan autonomous areas, Chinese officials have increased restrictions on the religious and cultural life of Tibetans. At the same time, the Chinese government exports its authoritarianism abroad, pressuring foreign academic institutions who invite the Dalai Lama to speak on campus as well as businesses who mention his name or the TAR as a distinct region in China. There are more than 500 records of Tibetan political or religious prisoners currently in detention who are in the CECC’s Political Prisoner Database—a staggering figure that is far from exhaustive.

"These issues—along with the future question of the Dalai Lama’s succession, restricted access to the TAR and Tibetan autonomous regions for diplomats and journalists, and China’s efforts to control water resources and expand its military presence on the Tibetan plateau—complicate U.S. strategic options and human rights diplomacy."

In his testimony, Dhondup Wangchen, a Tibetan filmmaker and former political prisoner who recently escaped from Tibet and arrived in the US, relived his experiences in his testimony.

"I arrived in USA on December 25, 2017 and it was the first time in many years that I felt safety and freedom."

Recalling the years and activities leading up to his detainment, he said, "I spent many years involved in various forms of activism and was detained several times. The longest that I was held in detention for was for about 30 days in Lhasa in 2003, but I was never formally charged and was always released.

"As the 2008 Olympic Games were fast approaching and it was being reported in state media, I wanted to do something that would have a big and long term impact, and that would reflect the true feelings and wishes of Tibetan people. This was when we first started thinking about making a documentary film from inside Tibet that would later be known as Leaving Fear Behind.

"Our final footage was taken in Xi’an on March 10, 2008, and handed over to a UK born Tibetan who helped to ensure that it reached Zurich. We spent that day together unaware that protests had broken out in Lhasa the same day and would continue over the next days and months all over Tibet.

"Even though I was aware that I was being followed and was under surveillance, it wasn’t until 26 March 2008 that I was arrested and interrogated by secret police. I was not kept in a police station or prison, but a in hotel and my family was not informed of my whereabouts. The torture started as soon as I was detained. I was forced to sit in the “tiger chair”. For seven days and eight nights I was given no food and was not allowed to fall asleep.

"Leaving Fear Behind was released and distributed online just before the Olympic Games started in August 2008 by the non-profit Filming for Tibet registered in Zurich. Even though I didn’t know for sure, I was hopeful that everything had gone according to plan. I suspected that the authorities were building their case against me. I was often interrogated and told I had to denounce His Holiness the Dalai Lama and that if I admitted my wrongdoings I would be released. I always refused to do these things.

"I thought that even if I received a 10-year sentence it would have been worth making the film," Dhondup added.

Concluding his testimony, he said, "My wish is that whatever measures you take that you do it with the strongest possible conviction and in the most forceful and wise manner. As a Tibetan, who tried his best to give a voice to his fellow countrymen, I can assure you the Tibetans in Tibet have not given up."

Tenzin Dorjee, Commissioner of the U.S. Commission on International Religious Freedom also testified before the hearing, and he highlighted just a few of the hundreds Tibetan political prisoners being held in Chinese prisons, most all of whom have been denied basic rights promised in both the Chinese constitution, and international human rights laws.

His testimony read, "Today’s hearing comes at a crucial time for the people of Tibet and Tibetan Buddhism. The plight of the following individuals helps underscore why: Gedhun Choekyi Nyima, the Panchen Lama, is one of the world’s longest-held prisoners of conscience. Chinese government authorities kidnapped the then six-year-old boy and his family on May 18, 1995. They have not been heard from since.

"Tashi Wangchuk, a Tibetan language advocate accused of separatism, faced a one-day sham trial in January 2018 and could be sentenced to up to 15 years in prison.

"Choekyi, a Tibetan monk, is in failing health as he serves a four-year sentence, imprisoned for celebrating the Dalai Lama’s birthday. These three Tibetans are prisoners of conscience whom the Chinese government ruthlessly has detained."

Michael J. Green, Senior Vice President for Asia and Japan Chair of the Center for Strategic and International Studies, also testified. He began, "I welcome the opportunity to appear before the Commission to address the geopolitical context of U.S. policy on Tibet. Those who argue that U.S. 'policy' should somehow be distinguished from our 'values' as a nation display a fundamental misunderstanding of our national interests and our own history.

"In Tibet, as in many other parts of Asia today, our consistent support for those same universal norms will have an important impact on whether China uses its growing power for coercion and hegemonic control, or finds ways to contribute to regional prosperity consistent with the needs and expectations of her people and her neighbors."

The hearing was held before the Congressional-Executive Commission on China, co-chaired by Senator Marco Rubio and Representative Christopher Smith.