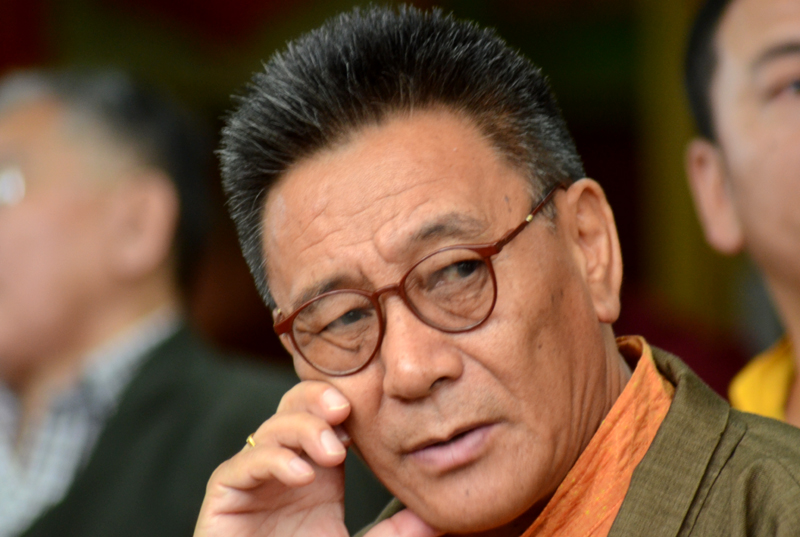 Dharamshala — Former Speaker and a serving member of the 15th Tibetan Parliament-in-Exile (TPiE), Mr Karma Choephel passed away at his home in Dharamshala, India, on January 29, 2016 at the age of 67. For over 40 years, Mr Choephel served his community as a teacher, an activist, and then a politician.

Mr Chophel, an academic and a staunch advocate of the Rangzen movement, was born in 1949 at Labrang Kosa in the Tradun region of Tibet to parents; Sherab Woeser and Jangchup. After coming to exile in India, he completed his schooling at CST Mussoorie (1960-70). He then acquired a BA degree from Delhi University (1970-73) and B. Ed. from Bangalore University in 1975.

Following the completion of his academic pursuits, Mr Chophel served as a teacher at CST Bylakuppe from 1975 to 1980, and later as Rector at the CST schools of Shimla and Mussoorie from 1981 to 1989.

Mr Choephel was also the first President of the first Tibetan Political Party – the National Democratic Party of Tibet from 1994 – 96 and was re-appointed to the post from 2005 – 06.

In recognition of his service to the public, he was elected to the 11th TPiE, then known as the Association of Tibetan People's Deputies (ATPD) in 1991 with an overwhelming victory in the parliamentary election. He went on to win the next five consecutive elections of the TPiE, becoming one of the most respected and experienced members of the TPiE.

True to his principles, Mr Chophel has served to the best of his abilities in the Tibetan parliament, as well as, in all the other responsibilities that were assigned to him during his long and accomplished service to the Tibetan public.

The Central Administration (CTA) Monday held a prayer service at the Gangkyi auditorium, to express its deep sympathies and condolences to Choephel's family and relatives. All the offices of the CTA were shut from 02:00 PM in an official gesture of mourning.