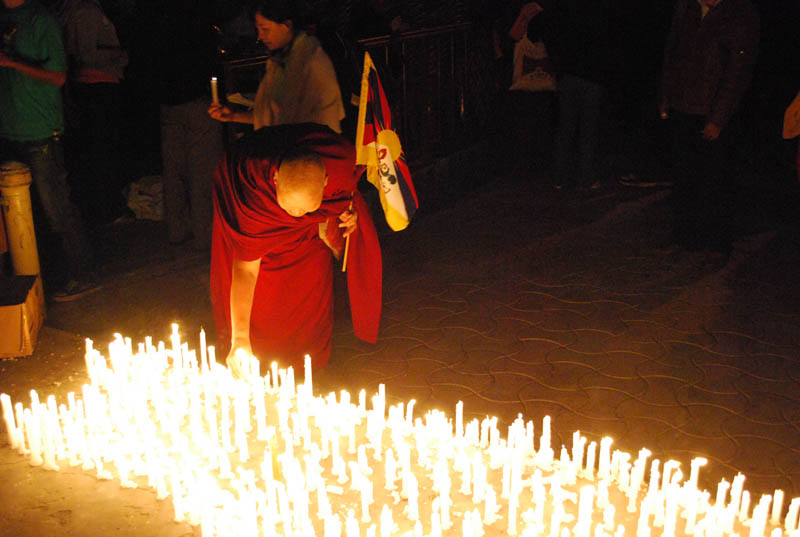 The four were convicted in April on charges of "starting fatal fires" during protests in Lhasa in March 2008.

Members of yesterday's 600-strong vigil displayed grief and anger, calling for Tibetan freedom and an end to China's genocide of Tibetans. Around 20 Indian and foreign media covered the event, which closely followed the end of His Holiness the Dalai Lama's October teachings.

The vigil was organised by the Tibetan Youth Congress, the Tibetan Women's Association, Gu Chu Sum Movement of Tibet, the National Democratic Party of Tibet and Students for a Free Tibet, who issued a joint statement calling the executions "an affront to international judicial standards" which was "clearly politically motivated."

Under Chinese law, death penalty cases should be reviewed by the Supreme People's Court, but the Tibetan Centre for Human Rights and Democracy said it was unclear whether the victims were allowed to appeal their cases there.

In a press release on Wednesday, the Tibetan Parliament-in-Exile in Dharamsala said, "Since the uprisings in Tibet last year, the Chinese communist regime has been carrying out random arrests, imprisonments, torture and summary executions of Tibetans without the due processes of law. We strongly oppose such unlawful acts and call upon the government of China to put a stop to them forthwith." 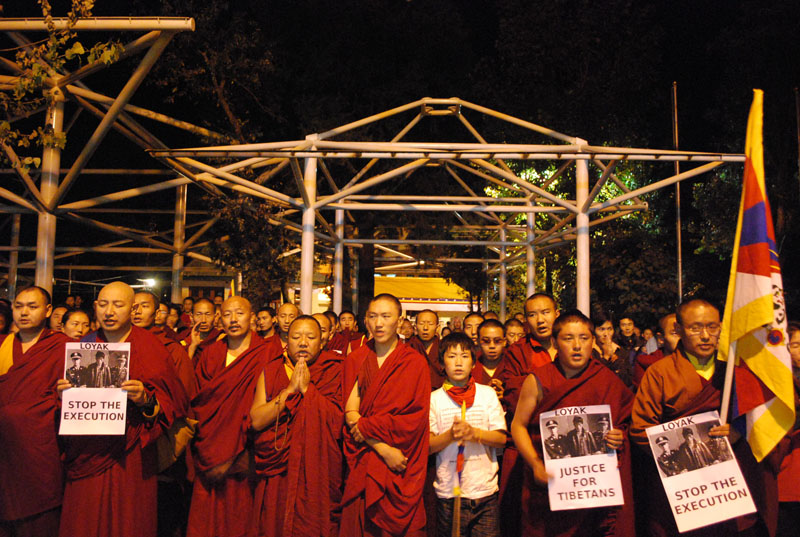 Yesterday, Chemi Yungdrung, President of the National Democratic Party of Tibet, commented that, "Although the Chinese government insists that the closed-door trials had been open and fair, we don't see any strand of truth in their defensive statements. The Tibetans are denied the right to find a lawyer of their choice."

The worldwide response to the executions included a call from the Canada Tibet Committee for Canadian Prime Minister Stephen Harper to postpone his long-rumoured visit to China. "Canada can't stand up for human rights when Beijing sees us on our knees begging for trade," said Executive Director Dermod Travis.

Meanwhile in the UK, Labour Party MP Kate Hoey has tabled a parliamentary motion calling for an inquiry into the UK government's failure to secure human rights improvements in Tibet.

Following the 2008 uprising in Tibet, over 1,300 Tibetans remain in prison, many awaiting trial. According to Amnesty International, China executed 1,718 of its citizens in 2008.