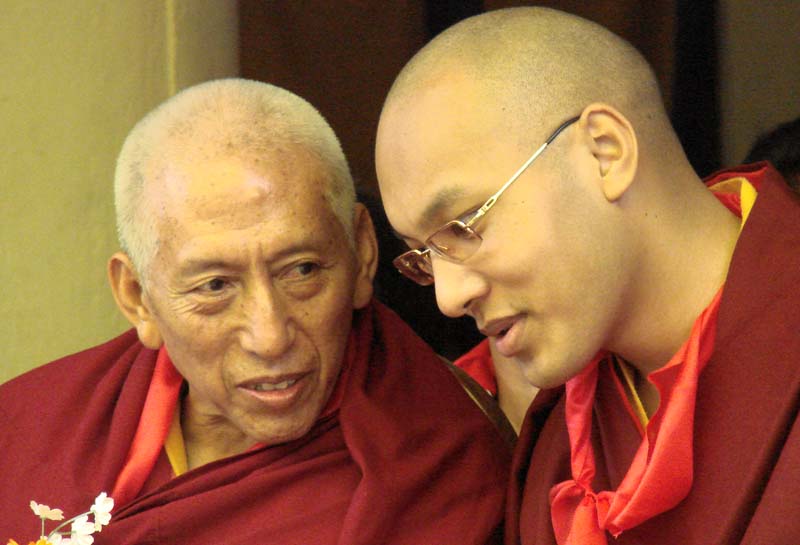 Prof Samdhong Rinpoche, Prime Minister of the Tibetan government-in-exile, gave a public speech in the city of Ahmedabad yesterday, after attending the 56th convocation ceremony of Gujarat Vidyapith. He addressed the topic of the Tibetan struggle, as well as recent tensions between India and China.

"Of late, China has become aggressive in its relations with rest of the world. Its dispute with India has also become a cause of concern," the Rinpoche stated, citing the 2008 Beijing Olympics as one reason behind China's current "offensive."

"The Chinese incursion into Arunachal Pradesh and Sikkim in India are recent examples. Also, the 3,000-km-long border between India and China is still under dispute. But the Indian government has shown great maturity on this whole issue," he added.

Tibetan PM reaffirmed that stability in Indian-Chinese relations is of utmost importance to both international peace and the success of the Tibetan cause.

"But I don't believe that this tension between Indian and China will continue for long. I think slowly and gradually it will be resolved," he told reporters.

Samdhong Rinpoche expressed his satisfaction about the Indian government's stand on Tibet situation. He said, "In the last many years, several political parties have come to power at the Centre, but the official Indian position on Tibet has remained the same since the Nehru era."

The first democratically-elected Tibetan PM also praised Nehru's colleague Mahatma Gandhi. "Earlier, people used to make jokes by saying 'helplessness is the other name of Mahatma Gandhi'. Today the reality is that the world is helpless and needs to follow the path of nonviolence shown by Gandhiji," Rinpoche declared.

The Tibetan PM advised that Indians, especially those who believe in Gandhian philosophy, need to take the lead in making the world aware of the path revealed by their country's founding father.

In response to a question about the "growing impatience" among Tibetan youth, Samdhong Rinpoche stated, "People who are in favour of violent methods to resolve the issue of Tibet are in minority. Violence cannot bring a solution to these issues; it only complicates them. The eye-opening examples are of Sri Lanka, Israel, Palestine, Iraq and Afghanistan. We still believe in our nonviolent agitation for Tibet's autonomy and will continue with it."